The Fed will restart its repurchase operations for the first time in a decade to cope with soaring money market interest rates, and will intervene again on Wednesday. The market expects the Federal Reserve will cut interest rates by 25 basis points on Wednesday. It is possible to adjust the IOER again. It is expected Powell will disclose more interest rate details in the press conference. Shawland partially restores the damaged oil production capacity and will resume production until the end of September. 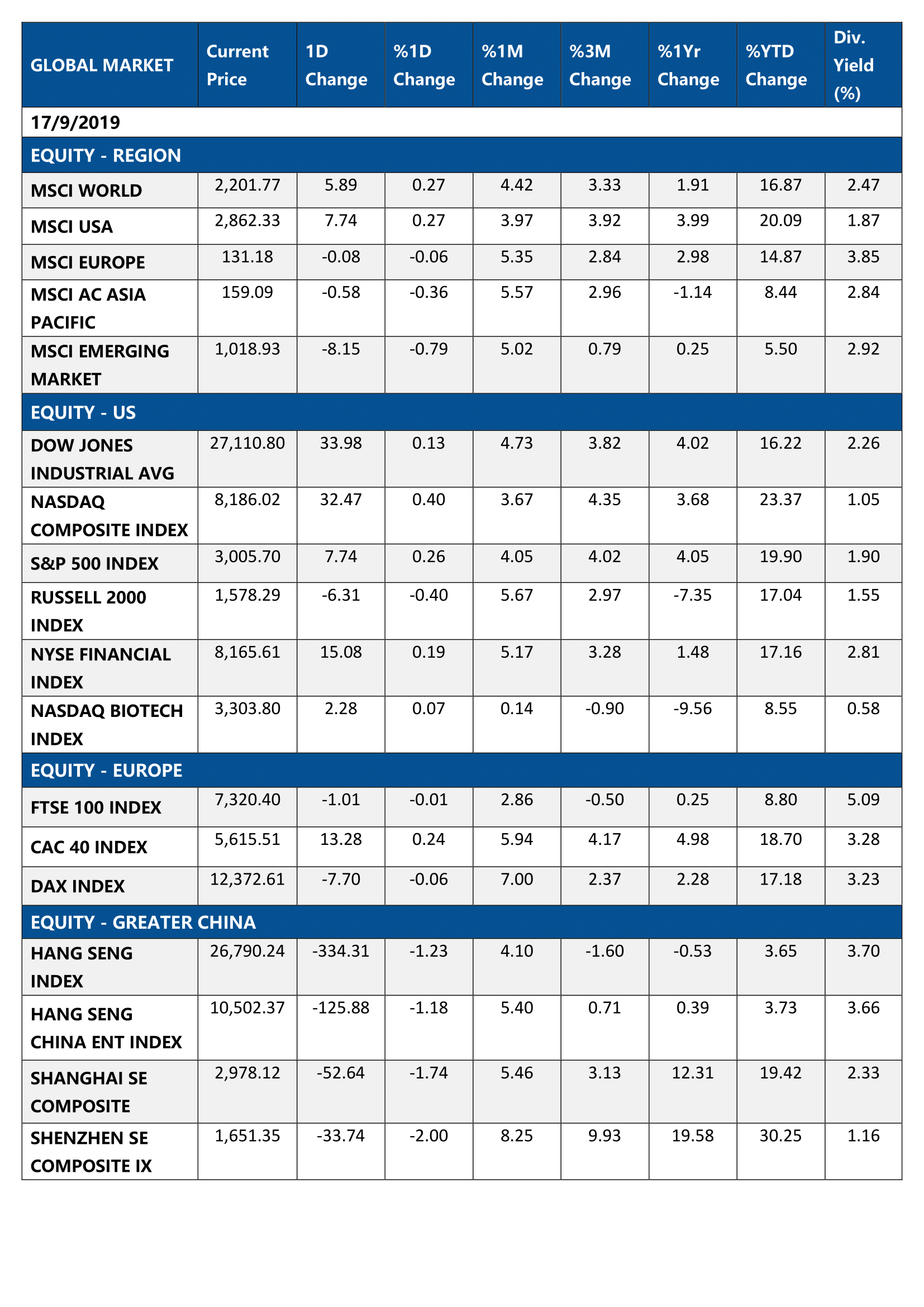