Trump said it would consider to have a temporary trade agreement with China. It is reported that US officials have discussed temporary trade agreements with a view to delaying tariffs in exchange for China’s commitment to intellectual property rights and agricultural products procurement. The US core CPI in August hit a one-year high. The European Central Bank further lowered the negative interest rate, and despite the opposition from the core countries such as Germany and France, it still insisted on restarting quantitative easing. 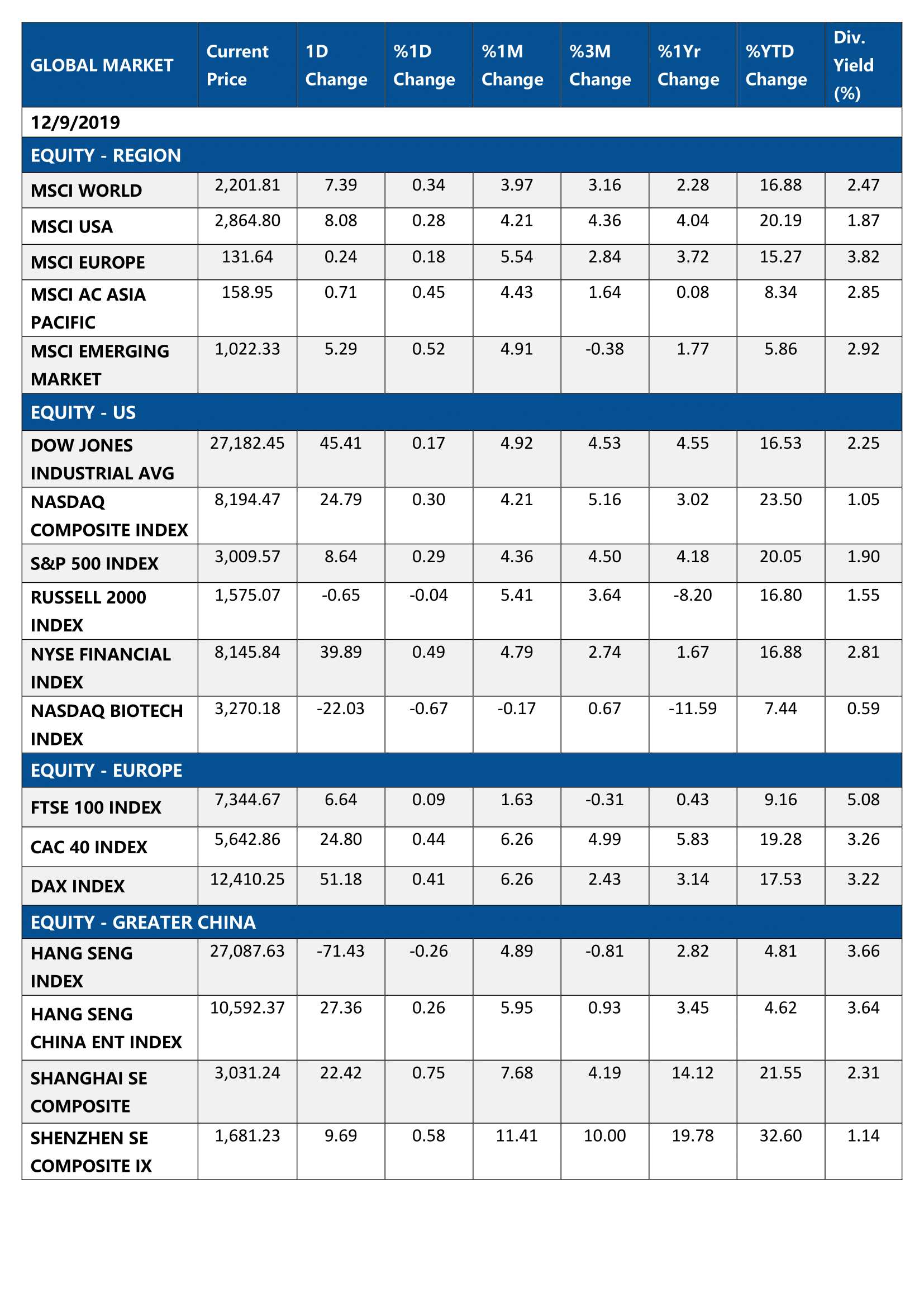