The British Parliament once again rejected the Prime Minister’s motion to advance the election. US Treasury Secretary Nouchin said that the Sino-US trade talks have achieved “many progress” and it is expected that Yi Gang will participate in the negotiations to discuss exchange rate manipulation issues. The New York Fed survey showed that inflation expectations in August fell to a multi-year low. 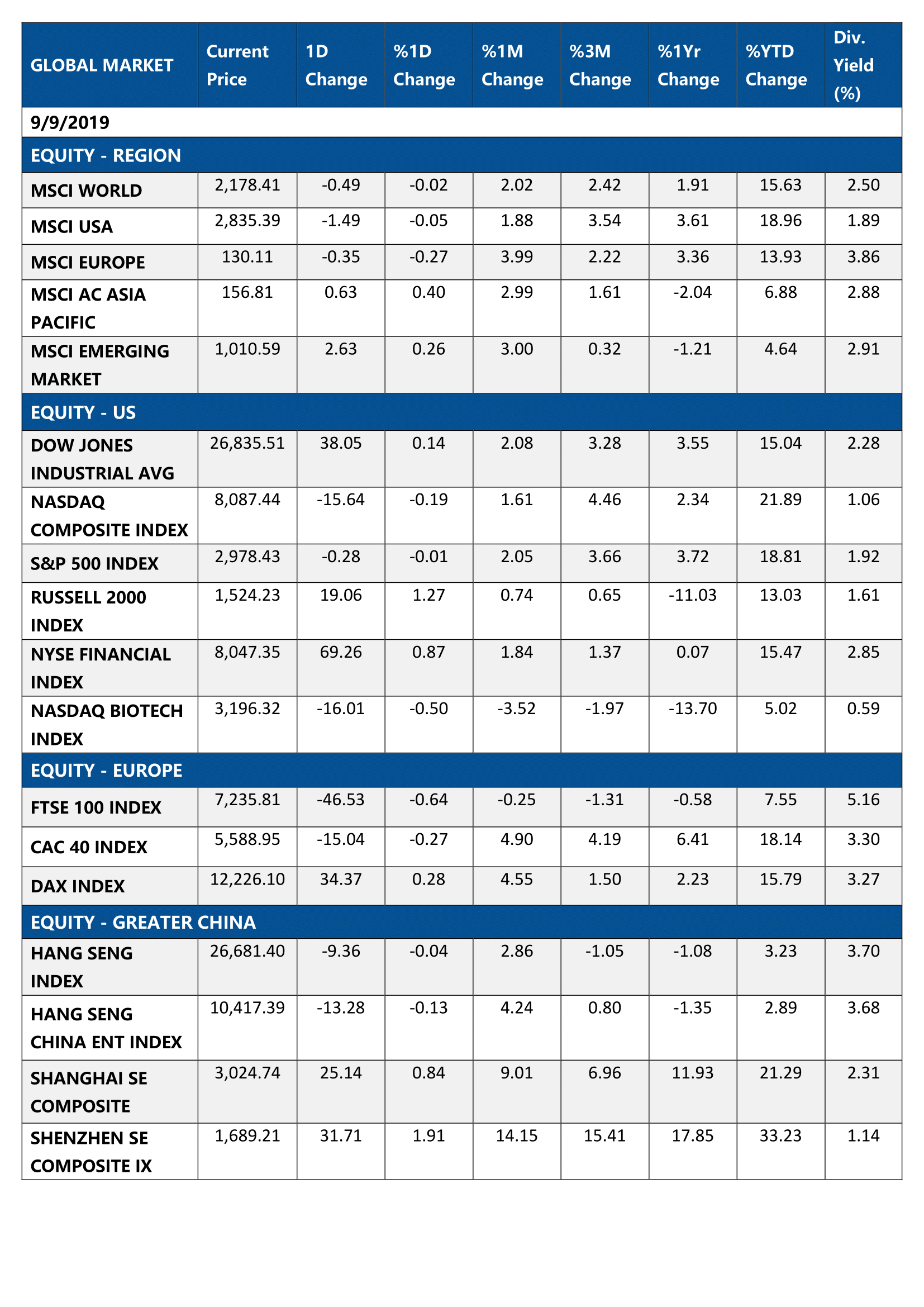