The minutes of the Fed policy meeting showed that the interest rate cut in July is perceived as a preventive measure and a mid-cycle adjustment. Trump said he was destined to be the one who launched the trade war with China and he claimed he will win. Hu Xijin, editor-in-chief of Global Times, revealed that China is preparing for the situation that Sino-US trade agreement can’t be reached. 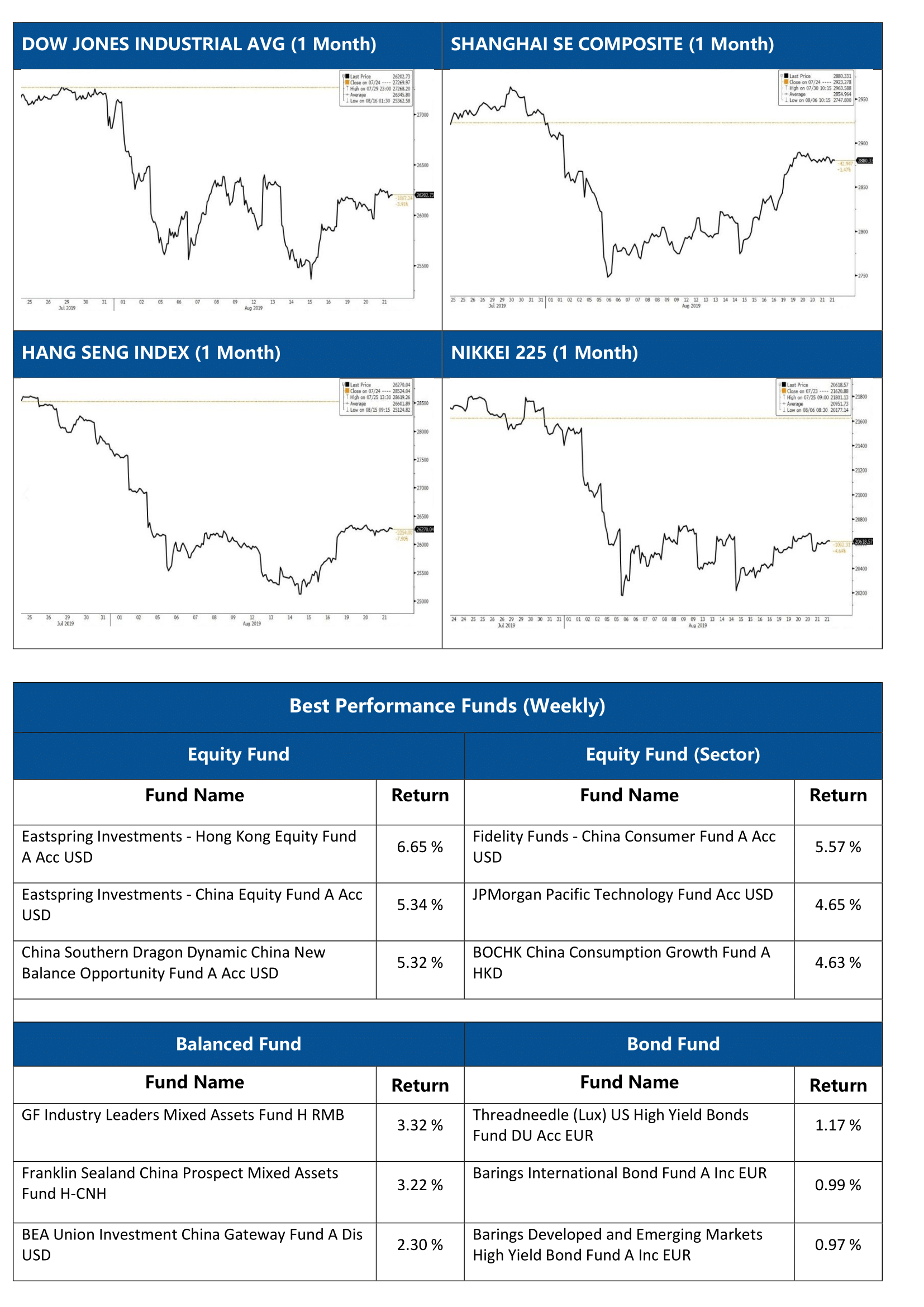