The US Secretary of State expects that the representatives of China and the US will continue the trade negotiations in the next week or within next 10 days. The trade war may end before the 2020 election, he also claimed Huawei is not the only Chinese company that poses a national security threat on the US. Prime Minister Conte resigned and condemned the Vice Premier Salvini for making the ruling coalition unsustainable. 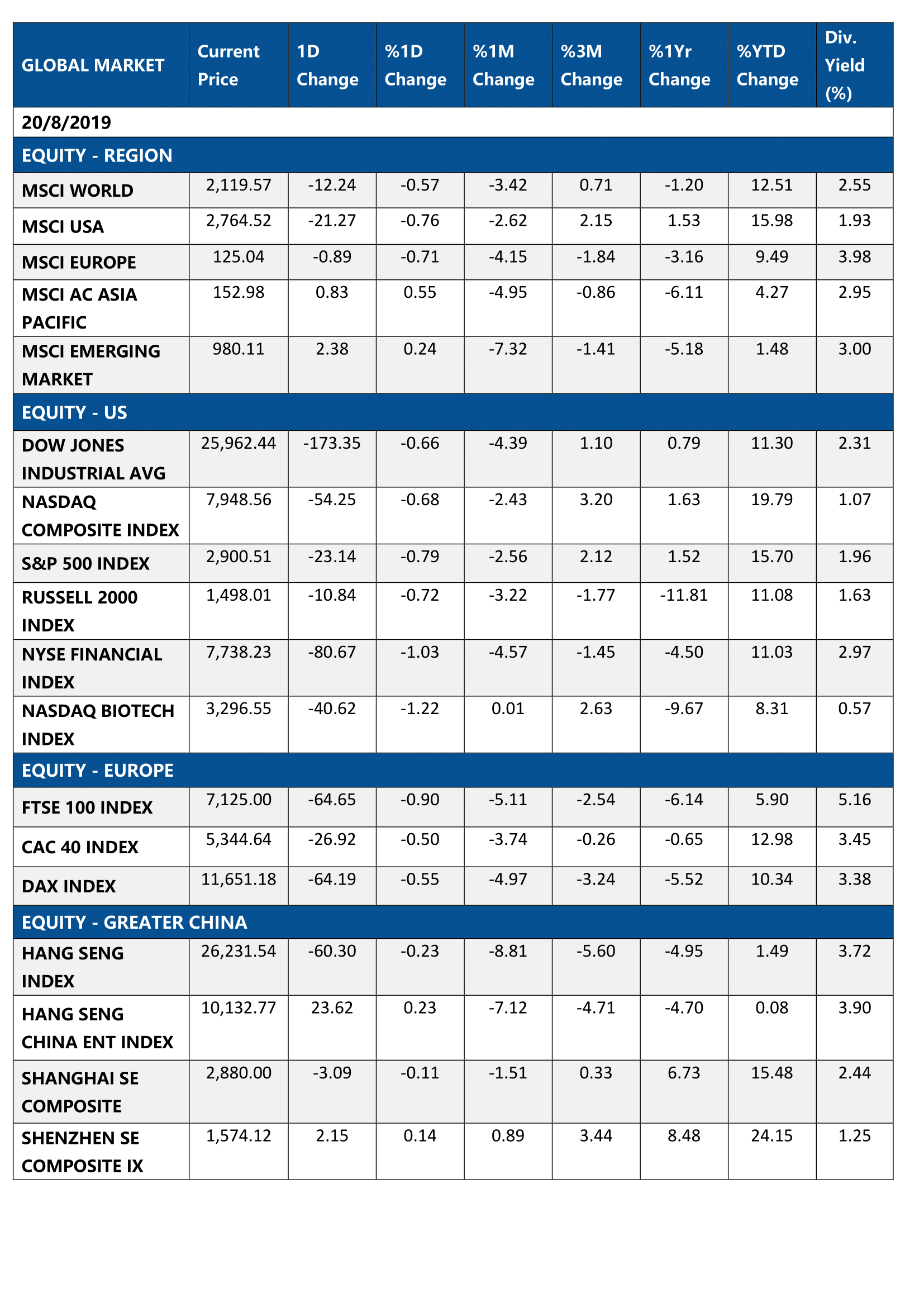