Trump said that he will have a talk with Chinese President Xi Jinping to discuss trade issues soon. The Chinese government has previously stated that the proposed 10% tariff imposed by the United States violates the consensus of the two leaders of state and will take countermeasures. The global economic downside risks increase the possibility of interest rate cut in September. The 10-year US bond yield once fell below 1.5%, hitting the lowest since August 2016. 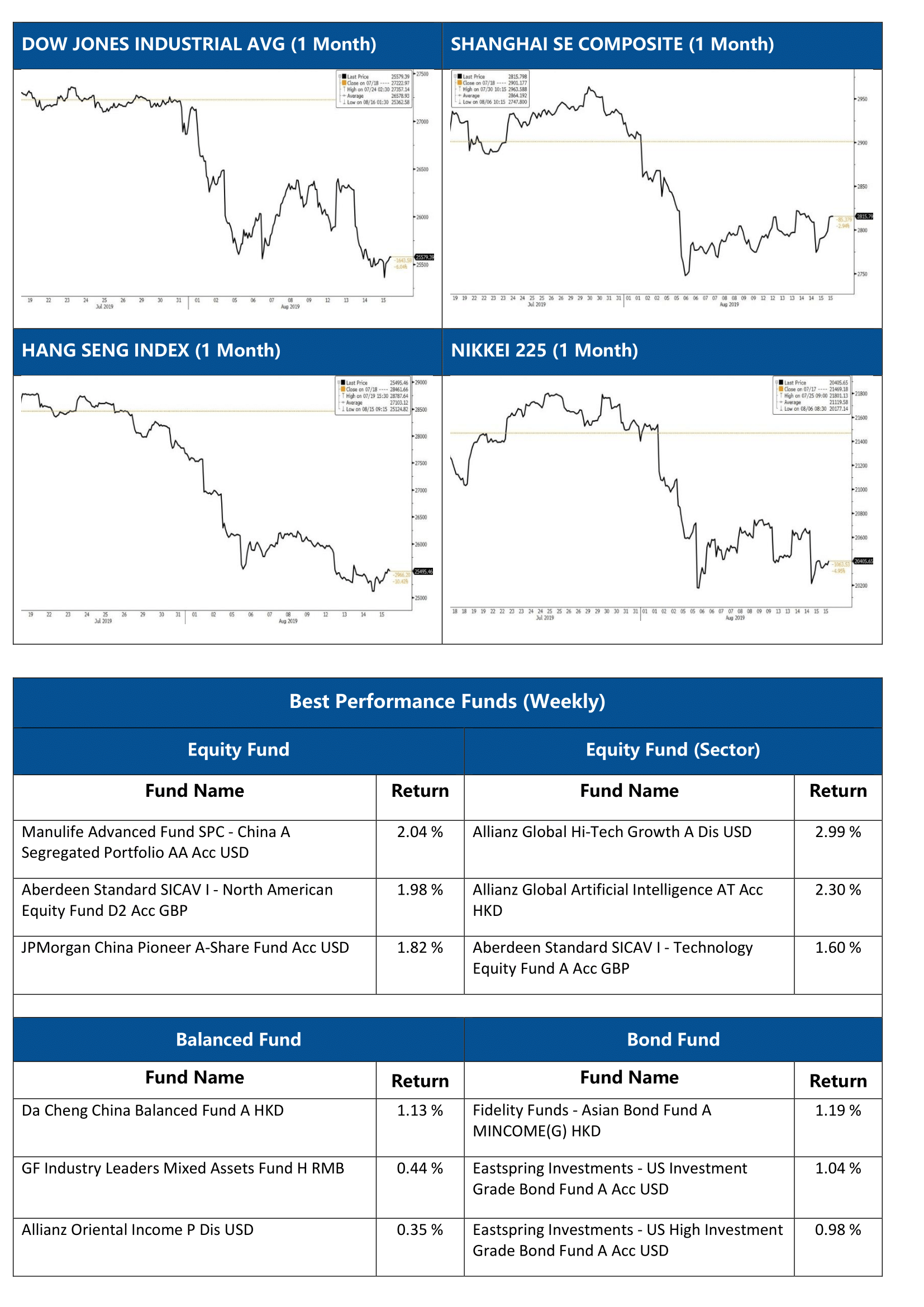