Trump attacked China’s reluctance to buy US agricultural products and continued to “exploit” the United States. British Prime Minister Johnson said that UK will leave the European Union on October 31 in any circumstances, and even hinted that there may be no more Brexit negotiations with the EU before the deadline. The China Central Political Bureau meeting promised to “effectively” deal with the economic and trade disputes and implement counter-cyclical adjustments in a timely and appropriate manner. 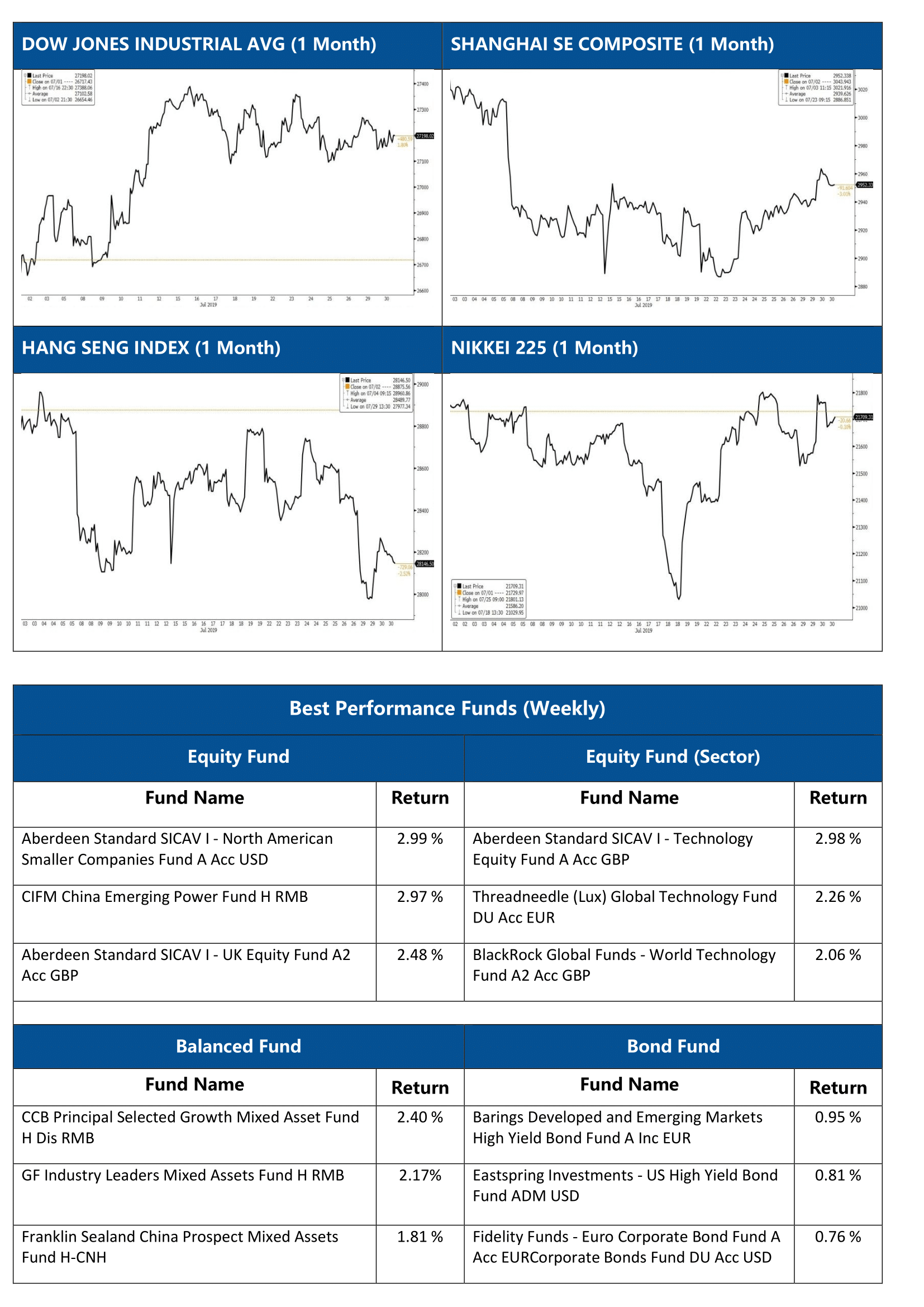