US FX Intervention Risk Could Be Another Overhang For Investors

Never say never. The risk of a US move to direct FX intervention has lifted recently especially after Treasury Secretary Mnuchin on last Thursday said that there’s no change in Washington’s currency policy “as of now”, but leaving the door open to action (i.e. weaken the dollar) in the future. This “future” can happen in years, months or even weeks in particular the US President Trump likes to make surprise as what we have seen in his past three years presidency.

Indeed, US has adopted the non-interventionist approach on currency for about two decades. But with the Fed trade-weighted measure of the dollar isn’t much below its strongest since 2002, the American exporters are facing unfavourable headwinds against overseas competitors. This is exactly what Trump has complained thousand times about the overvaluation of the dollar, as supported by International Monetary Fund (IMF)’s model that the Dollar is overvalued by 8% to 16%. For instance, the ECB President Draghi’s comment of new stimulus measures last month (which could possibly weaken the euro relative to the dollar) has hit the nerve for Trump again, whom then tweeted by accusing Europe alongside China of “playing a big currency manipulation game” to gain unfair advantage over the US. The Bloomberg News later reported that the Trump has asked members of his staff to find ways that could weaken the Dollar because of ECB’s potential move.

Figure 1. US dollar trade-weighted board index rise to historical high 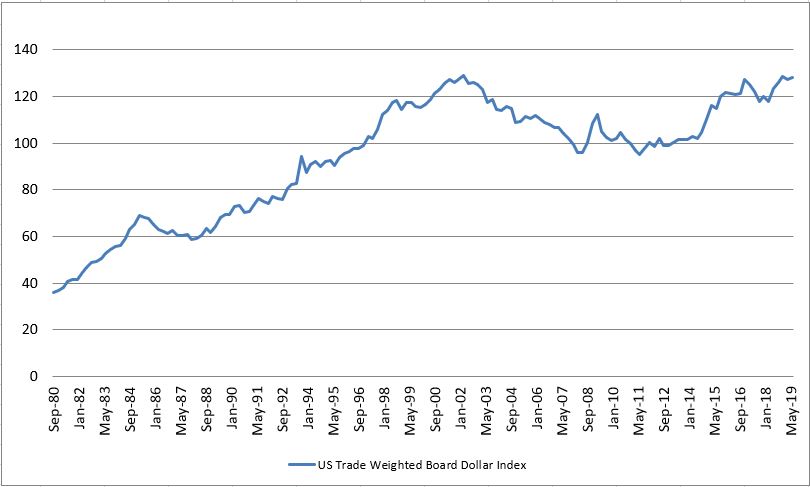 Despite the risk of FX unilateral intervention may continue to escalate before next year’s US presidential election, we think that if intervention were eventually happened, it may not be in the best interest of US over the long-term as other countries would likely to play the same game and eventually global devaluations would make everyone lose. Today, monetary policy among key economies is so interconnected that any one country would be difficult to notch any kind of victory for very long. Instead, direct FX intervention tends to work only when allies work together to achieve common goals, which happened in 2011 when the US along with international peers intervened in FX markets after the yen soared in the wake of the devastating earthquake in Japan that year. However, as international partners would be unlikely to coordinate with US to weaken the dollar at this stage, therefore US’s solo FX intervention at the end would escalate the international trade tensions to another high level only.

Global economic growth should be the key for exchange rate direction

All in all, we believe that the direction of the US dollar exchange rate should be determined by the difference in economic growth between US and the rest of the world in the long run. The strength of the US dollar in recent years is mainly due to the slowdown in global growth and rising risk, which has caused investors to hedge, plus negative interest rates in Europe and Japan. On the contrary, if the US wants to intervene in its currency, it means that it will need to increase holdings of non-US dollar currencies and assets with low or negative yielding, or to print much more US dollar. However, whether this is wise action or not is really questionable. Nevertheless, we believe the risk of FX intervention or global currency war to remain low at this stage, while the US has tried hard to avoid some of the most provocative currency actions (e.g., the US Treasury has avoided naming any trading partner as a currency manipulator, even China). On the other hand, the recent comments from US officials could be seen as a gesture of warning to the BOJ and ECB as to stop them from being too extreme on negative interest rate. 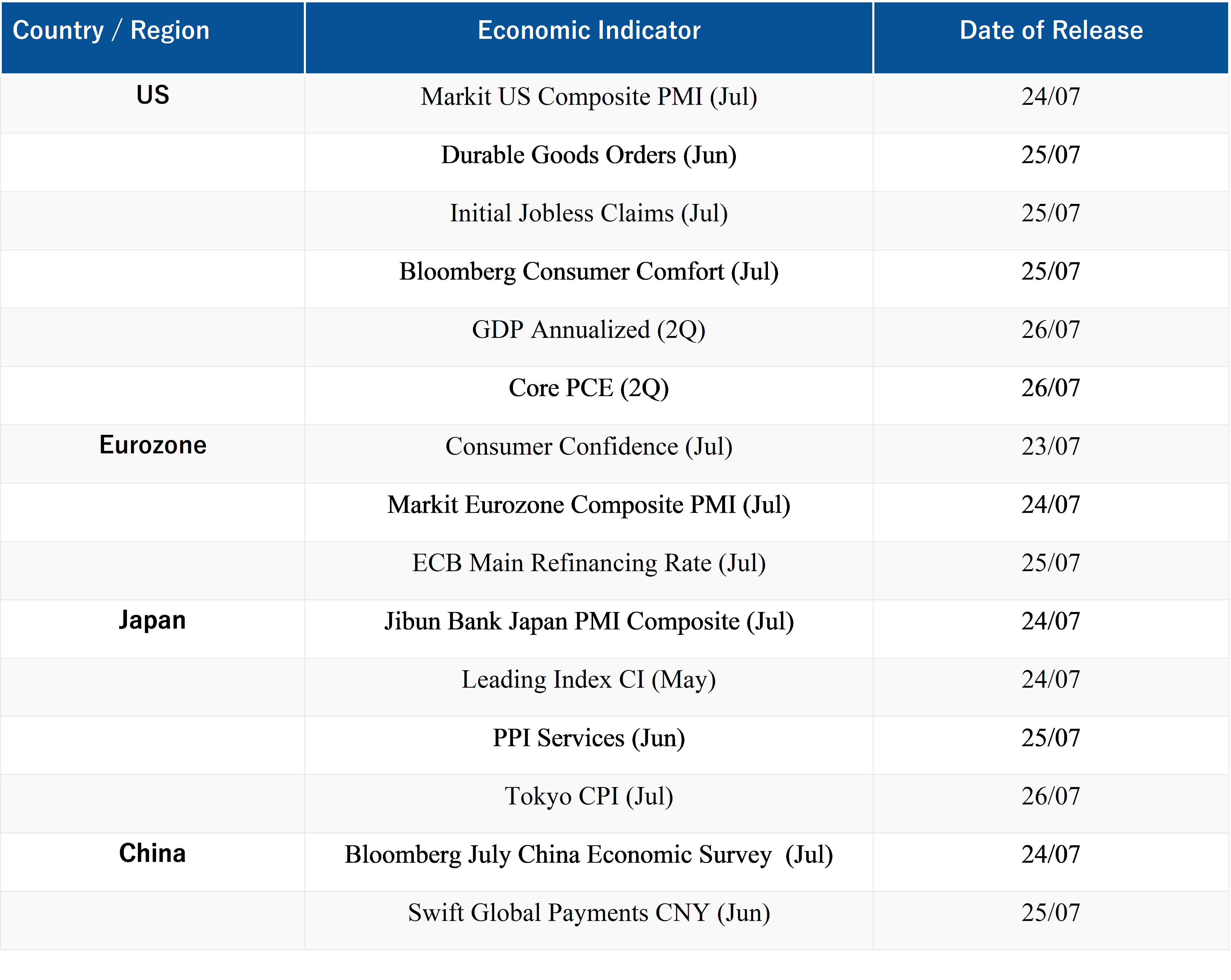