Since the early 1990s, financial and insurance activities accounted for at least 5% of economic output, and 9% in 2009. However, the number steadily declined after the Great Financial Crisis (see Figure 7). In 2017, the financial services industry contributed £119 billion to the UK economy, accounting for 6.5% of economic output.

In 2016, half of the GVA (Gross Value Added) in the UK’s financial and insurance industry came from London, the major player in the industries. In 2016, the London financial industry contributed £58.2 billion to the London economy, accounting for 14% of London’s total economy.

In the fourth quarter of 2017, employment in the finance and insurance industry reached 1.1 million, accounting for 3.2% of the total number of jobs in the UK. In terms of financial services as of % of total economy, UK ranked eighth among all OECD countries. After from Luxembourg (27%), the UK’s number is close to other top competitors (see Figure 9).

Figure 7: Financial services sector as a percentage of UK economic output from 1990 to 2017 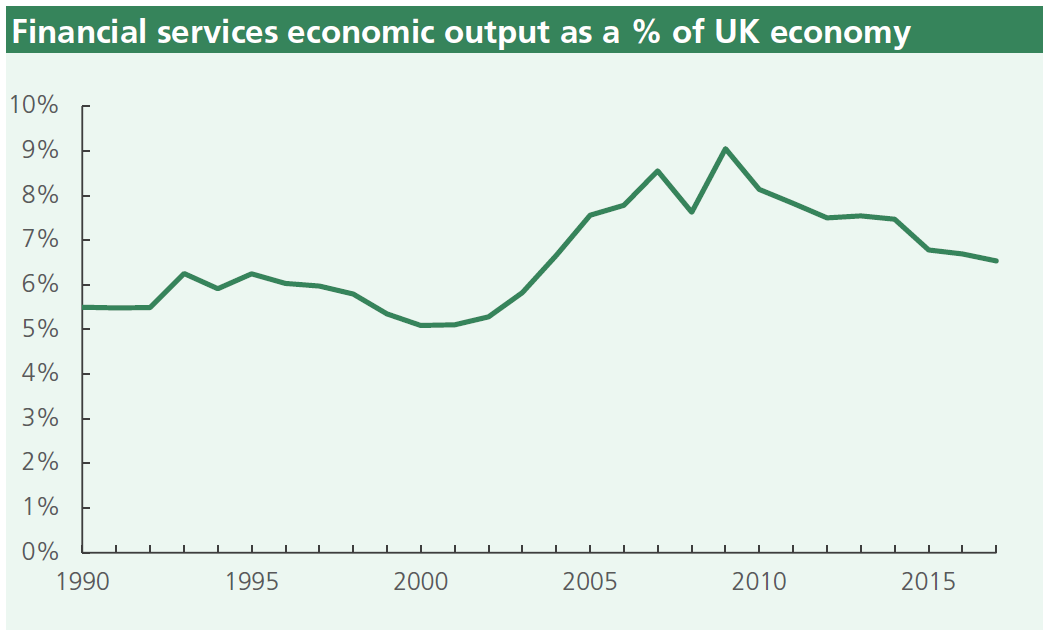 Figure 8: Trade surplus in the financial services industry from 2007 to 2016 Figure 10: Companies that have planned to move out or already moved out of the UK due to Brexit In terms of valuation, as of June 2019, Bloomberg estimated P/E ratio is similar to the highest level in 2007. However, Bloomberg estimated return on equity have reached the bottom since 2016, implying the market now becomes more optimistic about the UK corporate profitability (see Figure 13). As of the end of June 2019, the top ten constituent stocks accounted for 46.18% of the index weight. In early of 2018, the Bank of England Governor Mark Carney said that Brexit will cost tens of billions of pounds loss in UK’s economic activity. Bloomberg estimates that if the UK trade with the EU in accordance with World Trade Organization standards for the hard Brexit scenario, UK’s GDP will be less 6.55% by 2030 compared to the scenario that UK stays in EU (see Figure 16). Bloomberg further points out that the hard Brexit will depreciate the currency and cause the inflation rate to rise sharply to 3.6% (see Figure 17).

The UK officially left the European Union at 11 pm UK time on March 29, 2019. However, the parliament repeatedly rejected the Prime Minister Theresa May’s plan, forcing May to resign on June 7. The next prime minister will probably be the former foreign minister, Boris Johnson. He argues that regardless of have deal or not, the UK should leave the European Union on October 31. Figure 16: UK’s economy outlook with and without Brexit