Investors are seeing bad news as good news – and vice versa – has become a very real phenomenon for stock markets today. Is it sounds puzzling? 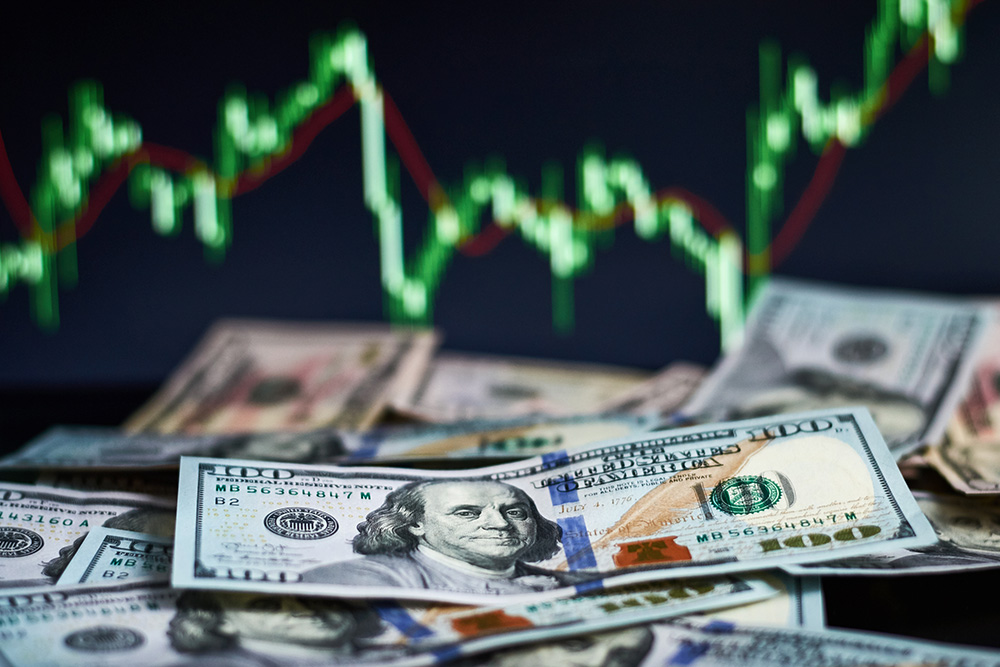 Investors are seeing bad news as good news – and vice versa – has become a very real phenomenon for stock markets today. Stock market fell despite better than expected U.S. June non-farm payroll data as investors thinks good data reduces the odds of Fed rate cuts. In contrast, economic bad news is cheered by the market as investors have become convinced that the Fed will act aggressively to lower rates to keep the expansion going. Sounds puzzling?

To explain this, we would like to first highlight that many investors misunderstood that trade issue is the major cause behind the economic slowdown. Indeed, it was the Fed tightening cycle that initiated the decline in U.S. economic prospects, as the leading indicators (LEIs) have already trending lower for already 18 months (noted: it usually takes about 18 months on average for leading indicators to fully price in interest rate changes, and the LEIs at present may therefore only reflect the impacts when the interest rate was at 1.25-1.50% by end-2017). As such, market is now desperately looking for interest rate cut signals – when and by how much will the Fed lower the interest rate in the second half of this year, and any news and data related to this could have a major impact to stock market movement.

The bad news become the good news are obviously a sign of addiction to monetary easing, which sounds familiar when the low interest rate environment and easy money took place for much of 2012 to 2015, while S&P 500 rose nearly 45 percent during that period. That period is also known as the “TINA” (There Is No Alternative) market, as interest rates around the globe were low that made returns on bonds become less appealing. As a result, investors had little choice but to invest in stock market, in particular the less speculative American stocks for a higher return.

However, the same surge may not be repeated this time or at least we are not up to this stage yet. Interest rates at that time have stayed low after the financial crisis in 2008 and the third round of quantitative easings starts to impact from 2012. Instead, we are now only in the beginning of the shift of interest rate cycle, while impacts from the rate hike over the past one and a half year seems not yet fully reflected in today’s economic indicators, meaning that the LEIs are likely far from reaching the bottom. This is a fairly typical case as suggested by a UBS strategist, Francois Trahan, that the short-lived periods of market enthusiasm in both 2001 and 2007 that fuelled by the prospect for interest rate cut eventually come to an end when market find out the LEIs are decelerating further and analysts start to have a new round of earnings cut.

Looking forward, we believe the Q2 reporting season should be the real focus for investors, and we expect earnings disappointment or downward revision of forecasting earnings would likely bring an end of the “bad news is good news” phenomena that we see today. On the other hand, we are not in the extremely bearish camp either as we are not expecting a sharp downturn for US economy and the good news is that investors are not particularly optimistic in current environment. Overall, stock markets could be range-bounded until we see a sustainable recovery of LEIs that may trigger another bull market to come.