The result of the G20 summit on the weekend was to ease the tension of market sentiment, and the financial market also perform well in the first half. The meeting between Trump and Xi Jinping restarted Sino-US trade negotiations and relaxed sanctions against Huawei, which exceeded market expectations. The financial market recorded a strong increase in the first half of the year, and the result also stemmed from the good news of Sino-US trade negotiations.

Reversing the decline of 2018

In the first half of 2019, the market-cap of the stock market rose by more than 8 trillion, and the MSCI World Index was incresing close to 15%, which was the biggest increase since the 1997 dot.com bubble. The increase has also spread to major regions of the world. Despite the corrections in various parts of the country in May, the US, European and Chinese stock markets recorded increases of 18%, 13% and 20% respectively.

Other major assets also have good performance. Crude oil recorded a close to 25% increase in the first quarter, the largest increase in the first quarter since 2009, and also helped the Russian Ruble to become the top of the currency rise list. Traditional high-yield assets such as high-yield bonds and emerging-end local currency bonds also recorded impressive results, with an increase of about 8% to 9% respectively.

The asset price in the first half of 2019 is like the mirror in 2018. What changed the trend of last year? One of them is China’s policy direction. China not only slowed down the process of de-leveraging, but also launched a series of fiscal stimulus measures of up to 14 trillion to stimulate the economy. On the other hand, the Fed has also changed the direction of monetary policy. During the year, we may see a rate cut since the financial tsunami.

The 10-year US Treasury yield has fallen nearly 70 points year-to-date, which means an increase of about 7%. This is the third consecutive quarter of declines since the last quarter of 2018 recorded an increase in five consecutive quarters. European safe-haven assets are also favoured by funds. Germany’s 10-year government bond recorded a 5.5% increase, and the market expects the European Central Bank to follow the Fed’s direction to reverse monetary policy. Treasury yields fell again to negative area, which happened again after a record low in March 2016.

The safe-haven gold price also rose above the 1,400 US dollar, a six-year high. Not only has traditional hedge assets recorded an increase, but cryptocurrencies have also been re-live. The low interest rate policy, which has been going on for many years, and the record number of negative interest rate bonds have led investors to question the prospects of monetary policy. Money began to diversify into different safe-haven assets. Among them, Bitcoin rose more than 220% in the first half of 2019.

When the central bank tries to extend the current economic cycle, growth expectations determine the relative attractiveness of risky assets and safe-haven assets. The market decline in May warned investors that low interest rate policy is not a panacea, and a slowdown in growth will lead to a correction in the stock market. Investors should pay attention to local PMI indicators and analyse the economic growth prospects of different regions.

We believe that the economy will not experience a recession risk during the year, and the US PMI should remain above 50, but below 53. According to the Faceset research, when the PMI is in this range, the S&P 500 index earnings per share increase is about 3%. As of June 28, the profitability of the S&P 500 index business has been revised down to 4.4% in 2019, and there is limited space for earnings revised. However, corporate earnings growth in 2020 is still more than 10%, which means that unless the economy significantly exceeds expectations, corporate earnings will drag down the performance of the stock market. Valuation is an important factor in determining the return on risk assets of investors. 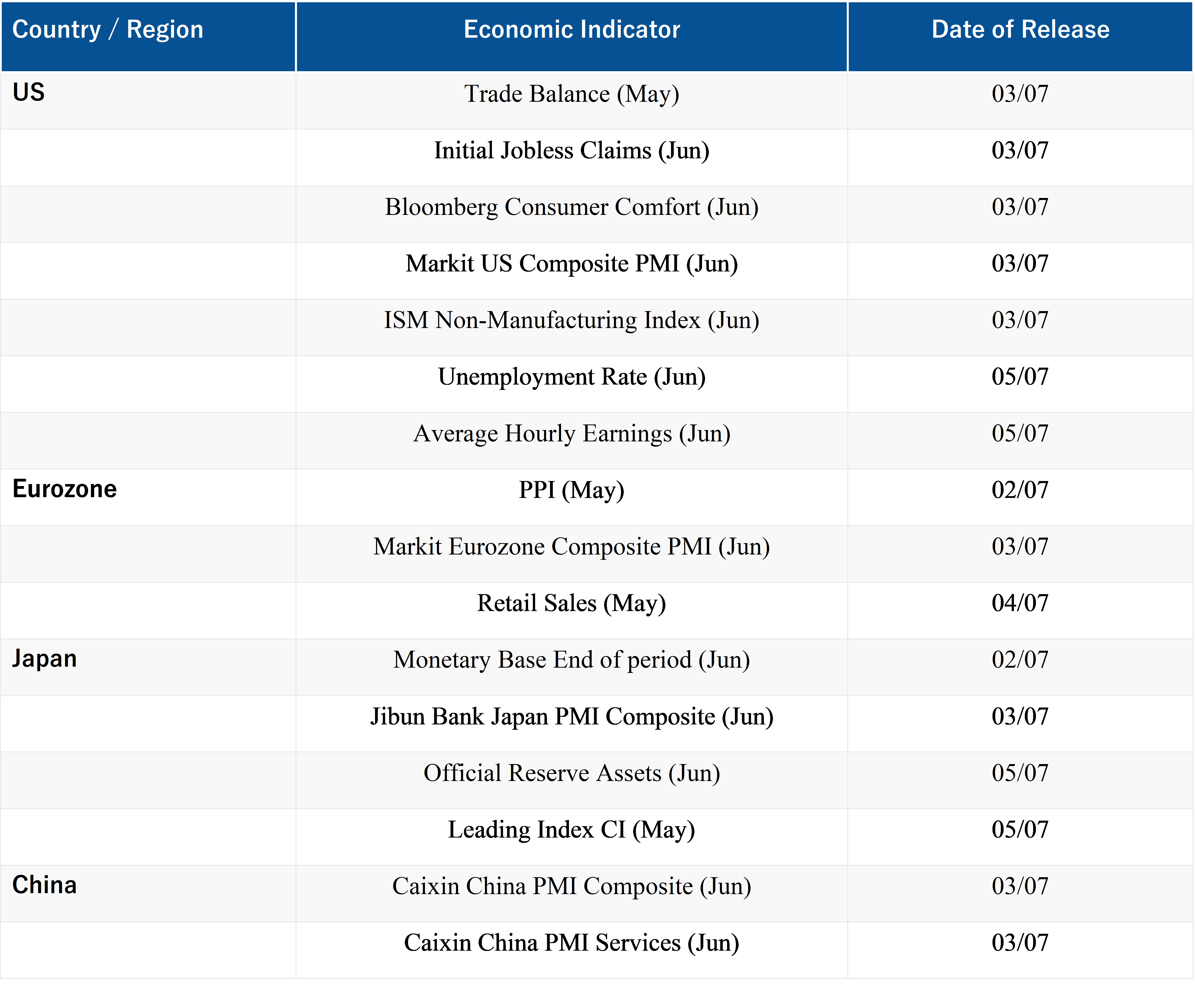