Trump announced tariff on goods imported from Mexico. The vice chair of the Federal Reserve said that if the economic outlook is facing downside risks, more easing policies may be needed. The British Chancellor said that holding a second referendum on the Brexit may be preferable to another election in order to resolve the UK’s Brexit deadlock. Chinese central bank officials have played down the pressure in the financial system, saying that the depreciation of the yuan is under control. 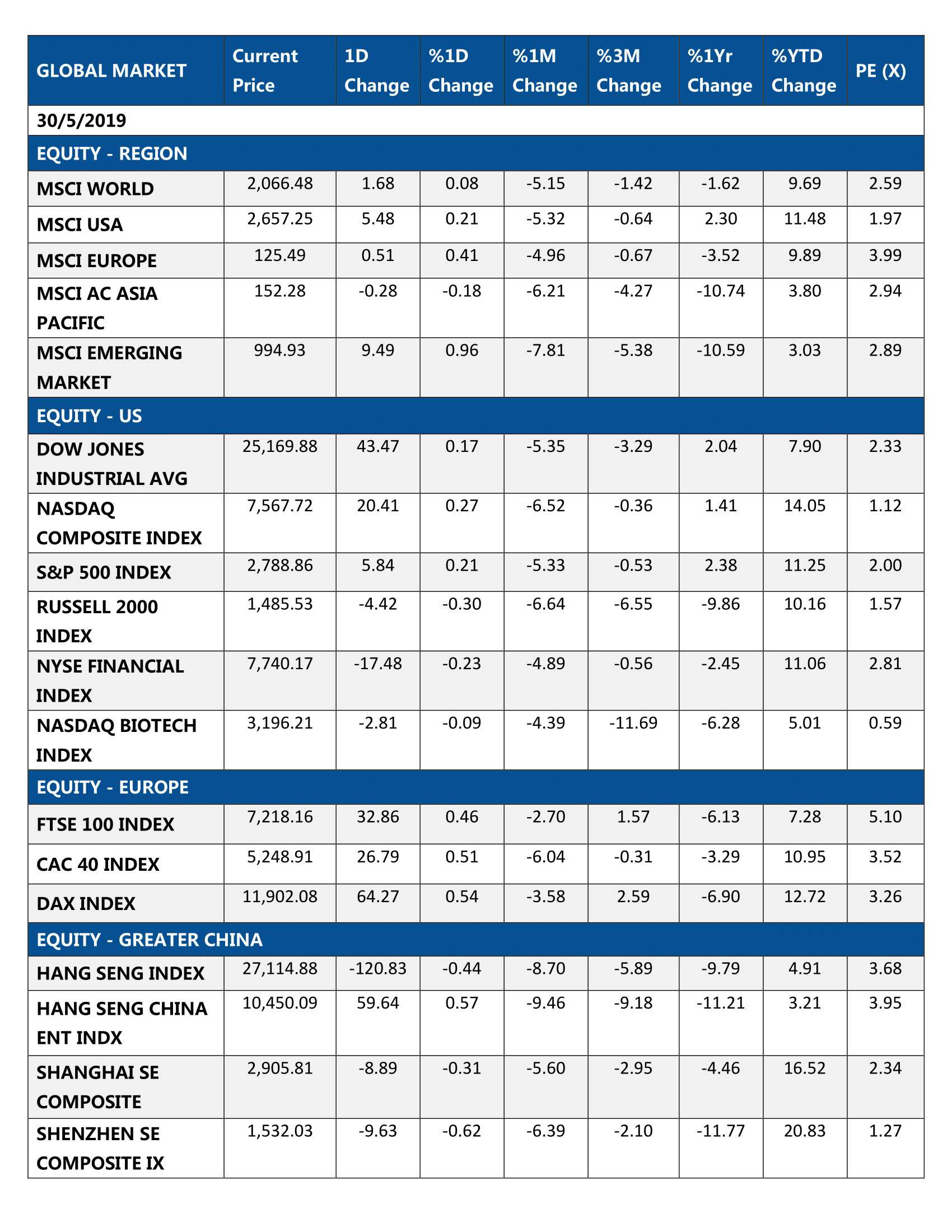