Trump said the United States is “not ready” to reach a trade agreement with China. The EU has vowed to boycott any US measures to curb EU auto exports. Italy failed to control its debt which may lead to a fine of up to 3.5 billion euros by the EU. British Labor Party leader Corbin expressed support for a referendum on any Brexit agreement. It is reported that Alibaba is considering raising $20 billion in a second listing in Hong Kong. MSCI’s expansion of China’s A-shares into the weights will take effect  after closing today. 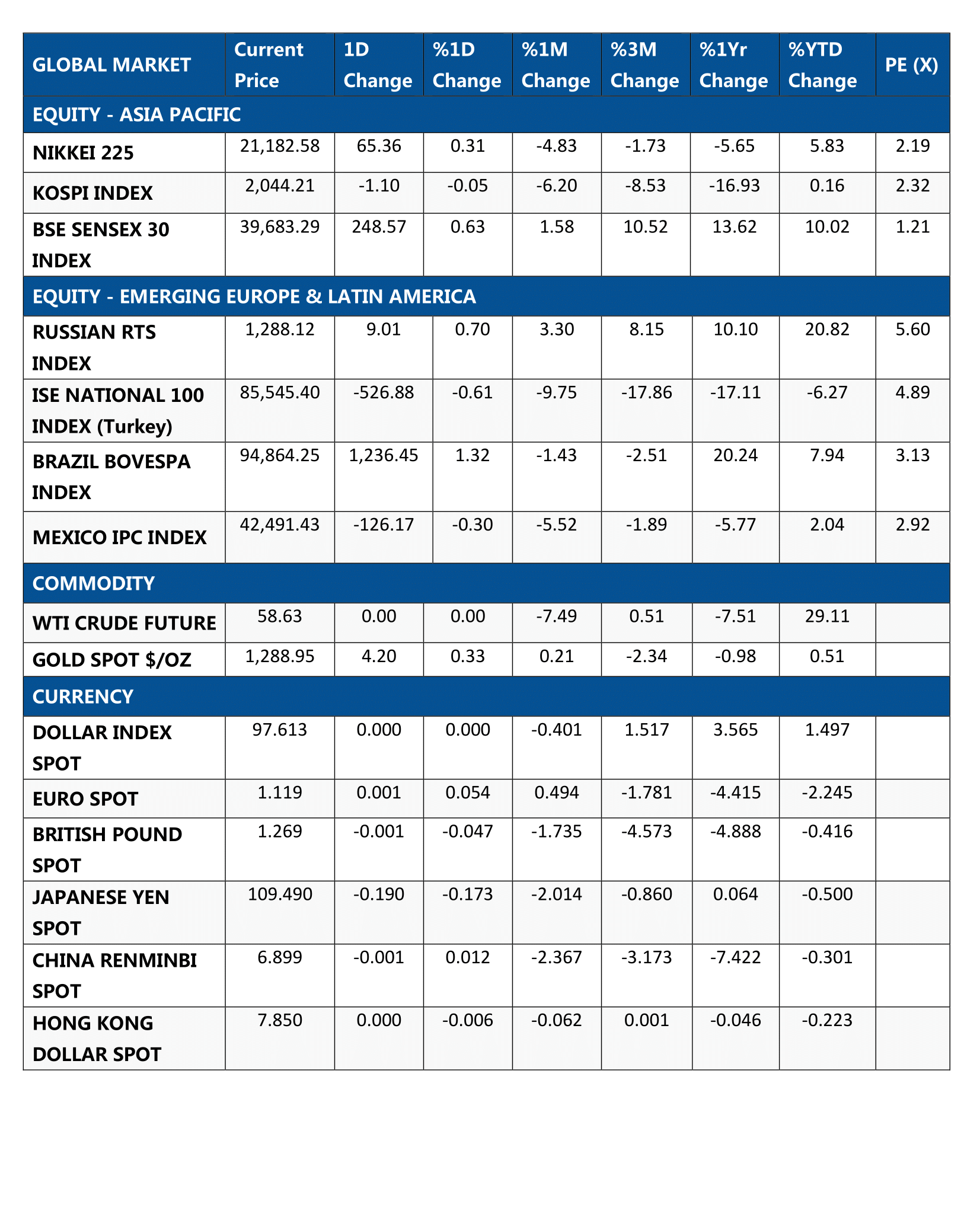