We see India’s market valuation is fair and expect the near-term upside is limited at around 10% only. 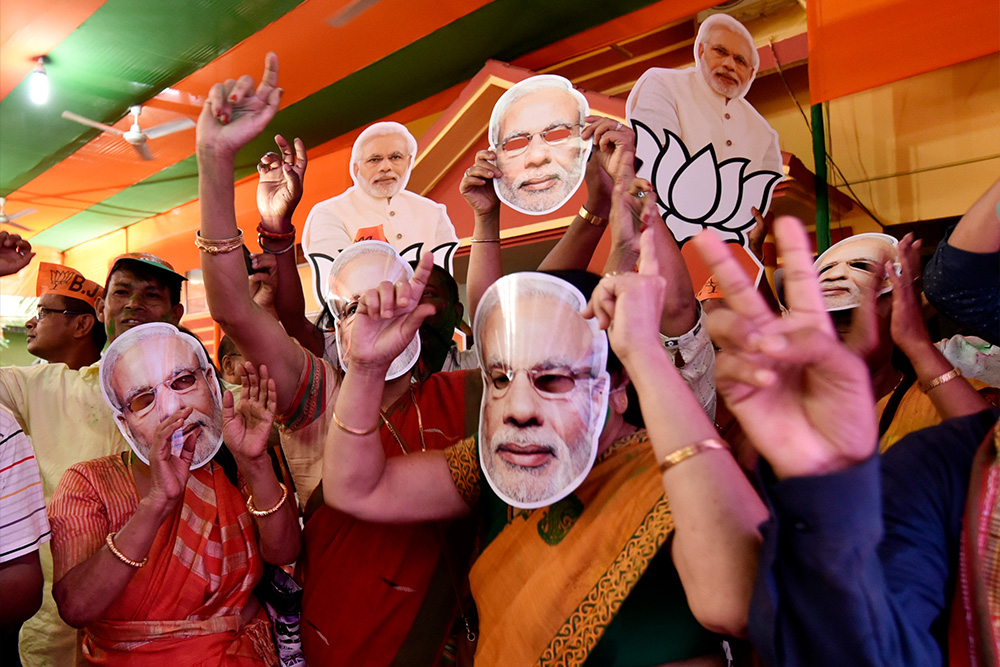 The Modi-led National Democratic Alliance (NDA, i.e., BJP+allies) won a total of 353 seats in the election (out of a total of 543) compared to 336 in the last parliament election held in 2014, while the BJP on its own won 303 seats this time, already exceeded the required majority of 272 seats, and also much better than the 282 seats last time. With a clear and decisive mandate for India’s ruling coalition, Modi promised to build a strong and inclusive nation and has assured investors of stability and policy continuity in Asia’s third-biggest economy.

What will PM Modi do?

Given Modi’s strong mandate, market expectation of big structural reforms has been increasing since the election results out. Labour is one of the key areas as unemployment rate in India has increased dramatically to over 6% last year from merely 2-3% in 2011. In fact, Modi’s government has been working on the new industrial policy 4.0 as to improve the competitiveness of manufacturing and services industries, especially he wants to take advantage from the long-term trend of a manufacturing shift away from China. The policy permits easy hire-and-fire policies and has proposed higher minimum wages and availability of medical facilities for workers. We can also expect the labour law and codes will be more simple and clearer in future.

Another major reform area should be on land as high acquisition cost and availability of land have always been the problem in India. We believe Modi will try to increase the transparency of land auctions and to introduce digitization of records to improve efficiency and fairness.

Privatization of SOEs will be another important reform that markets will hope for from the Modi government, in particular for the banking industry. India’s banking system has been undergoing a large cleansing exercise, with huge recapitalization of SOE banks, while there is protracted insolvency issue in the non-bank financial companies (NBFC), which in return crippling the flow of liquidity in the system. Moreover, despite India’s SOE banks hold large market share in deposits, they are unable to increase their lending given poor capital adequacy ratios. As a result, market generally believes India’s SOE banks have to restart lending and the Modi government should consider recapitalize SOE banks, which is still unclear at the moment.

Over the last three months, Indian equities have seen a pre-election rally with MSCI India outperforming the broader MXAPJ region by 15ppt or 3.5ppt YTD. The current outperformance was in-line with what we expected and may continue for the next few months as we suggested in our previous article in February – “Is it a good timing to re-enter the India market now?”.

In fact, India equities has experienced multiple re-rating over the last five years (from 14X to 18X P/E), despite muted earnings growth as investors have high expectation about India’s long-term growth potential. Meanwhile, markets have revised up Indian equities earning growth by around 1-2ppt to 19% and 18% for this year and next year (vs. 3% and 10% for MXAPJ for CY19/20), reflecting that PM Modi to roll-out more reforms after the election. However, with India equities are now trading at 18.0X forward P/E, which is at the higher end of the historical range and at 40% premium to the MXAPJ region, we see India’s market valuation is fair and expect the near-term upside is limited at around 10% only.