2019 is likely to be another record year for Chinese corporate defaults. However, this will not be the end of the story and defaults may continue to surge next year or even the years after. 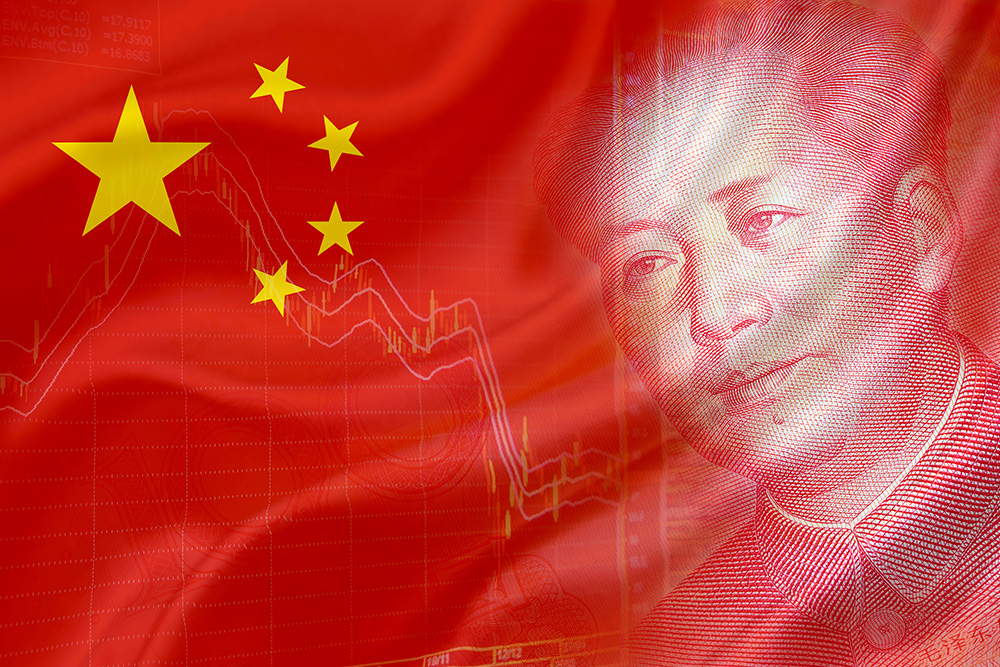 2019 is likely to be another record year for Chinese corporate defaults. However, this will not be the end of the story and defaults may continue to surge next year or even the years after. The situation is expected to getting worse as US-China trade tension escalates and China’s GDP growth is under serious threat to go below 6% if a full-blown trade war to happen in the next few months.

Similar to 2018 that nearly 90% of defaults were on bonds issued by the private sector, this year defaults in China’s $4.2 trillion corporate bond market are also mainly from private, highlighting that the credit availability for refinancing remains tight despite after repeated monetary easing by the PBOC. Commercial banks have remained cautious in lending to private sector, while the ongoing strictly monitored shadow-banking activities has left private companies with less cash flow and hence unable to repay their debts. According to Bloomberg, the China onshore company bond defaults reached 40.3 billion yuan ($5.83 bn) as of the date May 20. That’s over 300% more than during the same period last year. Offshore corporate dollar bonds, or U.S. dollar-denominated debt issued by Chinese companies, which generally believes as a safer investment than China corporate onshore, followed the same trend too with defaults amounted to 12.2 billion yuan ($1.77bn) YTD. 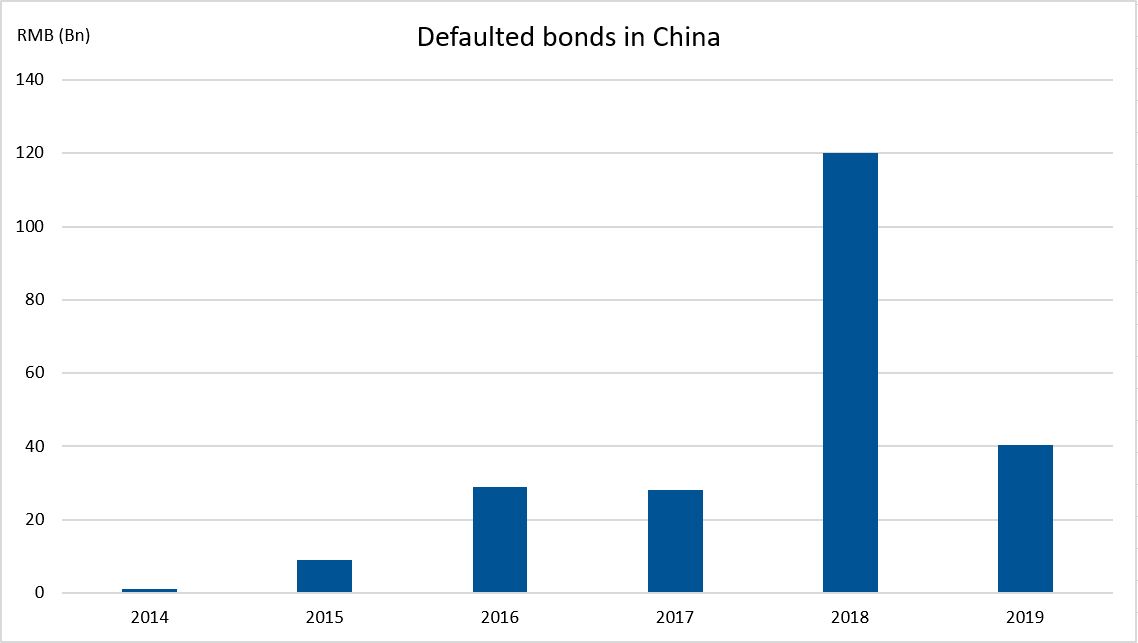 According to Dealogic, there are about $2.25 trillion worth of bond redemption or refinancing by Chinese firms over the next 30 months. The amount is almost double the tally from three years ago, giving substantial pressure to small-and-medium sized (SME) companies, which are much harder to get financing than the SOEs. More importantly, as most of these bonds are in U.S. dollars, the Chinese companies therefore need U.S. dollars to repay their loan and the recent weakness of RMB are putting additional costs to them as most Chinese companies are short on dollar-assets compared to dollar-liabilities. For instance, the same mismatch happens to Chinese banks too, e.g. Bank of China, which has drained of dollar-assets since 2017. The mismatch could be a problem to Chinese banks as some of the corporate dollar bonds have been guaranteed by them.

Rising defaults is not the only concern for China corporate bonds. Transparency is also deteriorating as more and more Chinese debtors stop servicing bonds through an official clearing house, but instead conduct private deals with bondholders that might involve late payments and other restructuring terms. This practice of by-passing the clearing houses could let the bond issuers to do a restructuring without publicity that might affect its broader funding costs and the disposition of its securities outstanding. As a result, the actual default risks could be understated, while the fairness between different bond holders as well as the rights to exercise become questionable if a technical “secret default” had occurred.

Despite rising defaults in China will continue to be the headlines in coming months, we believe the country is moving in the right direction that allows more corporate bonds to default. As we mentioned in our previous articles, China bonds market still have a lot of potential to grow but it requires more structural reforms as to improve the integrity and efficiency in future. Again, we believe China bonds would become an important asset class that global investors should not be missed.