RMB fell to weakest level since December last week, and to within shrinking distance of the mark of 7 which was last seen during financial crisis in 2008. RMB depreciated 3% last month on fading hopes of a deal between US and China. 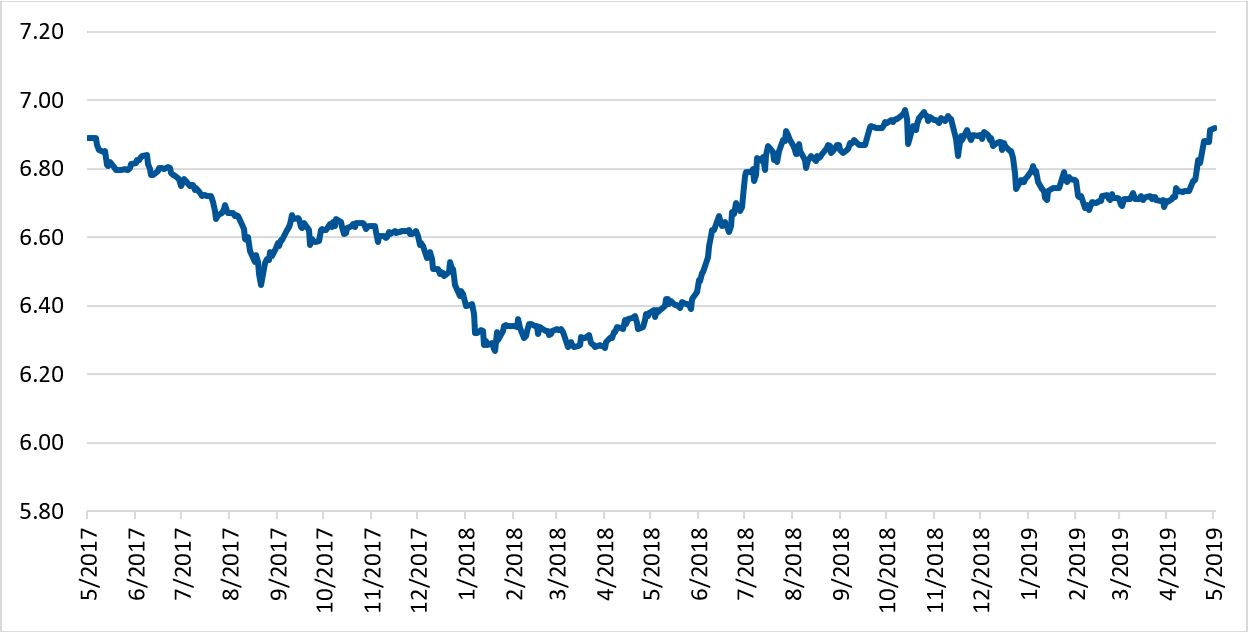 No sharp falls on RMB

According to Reuters report, China central bank will use foreign exchange intervention and monetary policy tools to stop the yuan weakening past the key level in the near term. A weaker yuan will support Chinese exporters, the decline need to be significant to offset the impact of new tariffs. However, any sharp fall of RMB will lead to a capital flight in China’s economic stability.

China central bank bills in Hong Kong this week, shrinking the supply of RMB. The market believes PBOC wanted to discourage investors to shoot sell it.

The balance between stability and competitiveness

Currency can not be weapon of trade war. A stable currency is required for China as it need to open the financial market by attracting more portfolio inflows and push for global equity/bond index inclusions. A rapid devaluation would shake confidence in the local market and among domestic investors.

China can re-introduce a counter-cyclical factor, in order to adjust the daily reference point for the yuan trading band. Market believe it has been using the factor last week for temper depreciation.

RMB is a key indication of risk appetite. In the offshore markets, RMB one year forward had weakened to 6.977 per dollar, slipping from 6.8482 one week ago before Trump raised tariffs. A sharp change is also seen in option market, which signal the currency volatility increasing.

EM bond suffer a hard outflow last week. Some portfolio managers shrink the position more defensively by cutting EM bond. However, not many portfolio managers change their believes that China will not allow their currency materially depreciate.