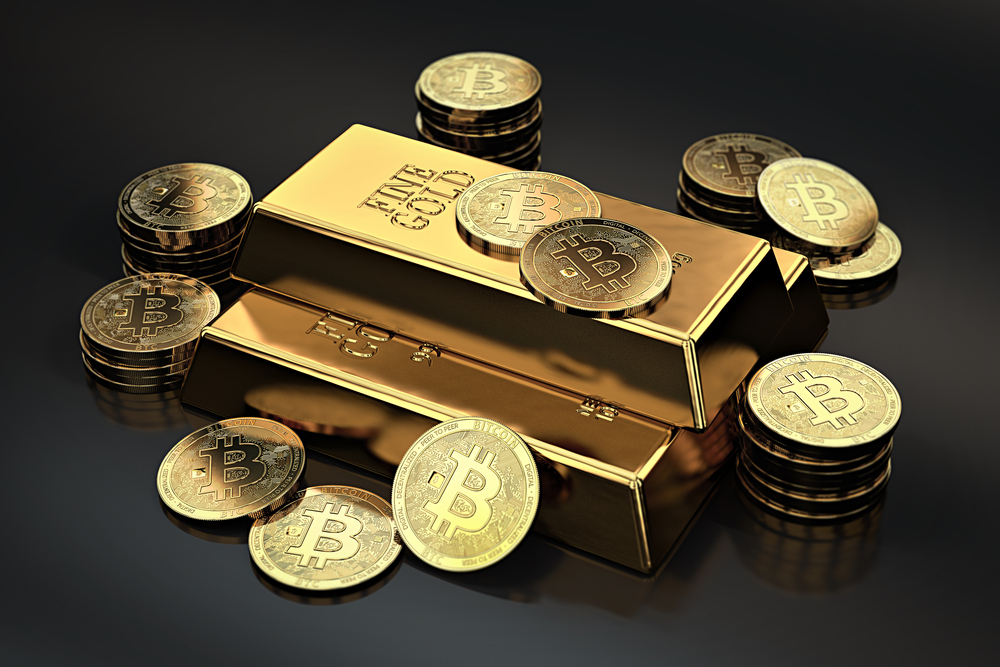 Since the beginning of this year, Bitcoin has recovered partially from its past year’s decline with price rising by about 110% this year (see Figure 1). However, in the few days, a drawdown of over 20% occurred. In December 2017, the bitcoin boom was as fanatical as the Tulip mania in 1637. The price of Bitcoin rose from $1,000 in early 2017 to $19500 in December increasing nearly 19 times, and investors’ optimism was riding high. However, the Bitcoin bubble was burst, with price going down to below $4,000.
Figure 1: Bitcoin price from January 1st, 2017 to May 14th, 2019 (in USD) 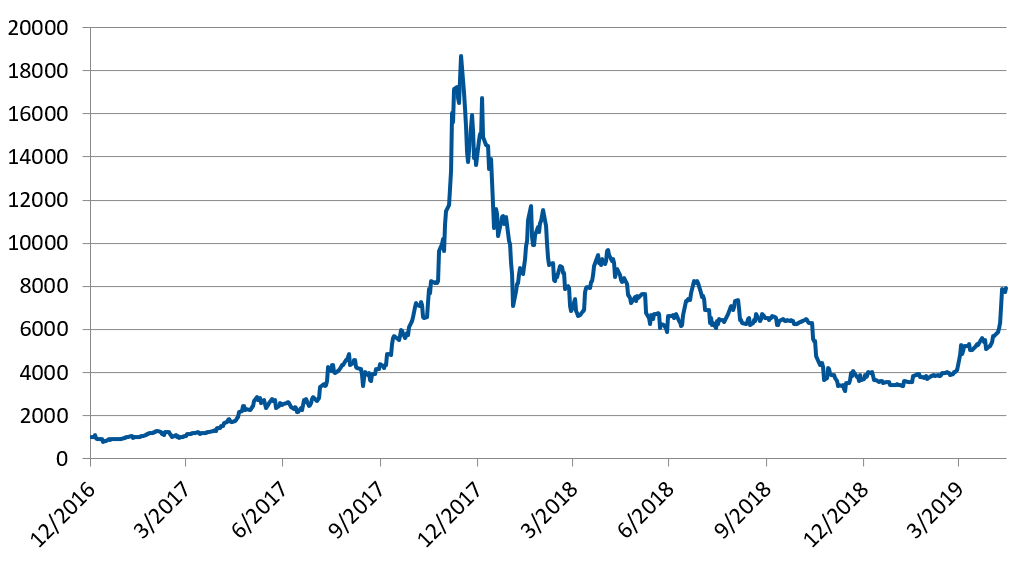 Although Bitcoin price has been rising again this year, investors should be cautious about the market. Warren Buffett believes that buying Bitcoin is not an investment, just a gambling game: buyers can only hope that the next buyer will buy their Bitcoin at a higher price. Apart from the speculative sentiment in the cryptocurrency market, the actual use of Bitcoin is still questionable. Kenneth Rogoff, the former chief economist at the International Monetary Fund and a professor of economics at Harvard, said that the main use of Bitcoin was money laundering and tax evasion.
Moreover, fraudulent trading volume has dogged cryptocurrency trading for years. According to a report from Bitwise Asset Management, 71 out 81 relatively larger size cryptocurrency exchanges involve wash trading. Roughly 4.5% of $6 billion USD per day in bitcoin trading volume are the actual figure.
Bitcoin wealth is centralized and its market is easily manipulated. According to the information of bitinfocharts.com, the 0.01% (about 1900 addresses), 0.07% (about 14400 addresses) and 0.6% (about 134,800 addresses) of the total addresses owned 41.75%, 62.11% and 87.01% of total number of Bitcoins respectively (see figure 2). The function of the address is similar to the bank’s deposit account and is used for receiving coins. It is worth noting that a person can have more than one address. It means bitcoin is more centralized.

The blockchain technology may be promising but the value of Bitcoin is doubtful. In particular, there have been many comments in the past, which says bitcoin is a substitute for gold. Gold can be used for hedging the falling equities markets. A Bloomberg article ‘Marco Man Tests Gold as a Hedge of Risk and Finds a Surprise’ in 2017 mentioned in the past 10 main markets events during the past 30 years, on average S&P dropped 19.6% but gold rose 6.9%.
Nevertheless, it is not the case for Bitcoin. Bitcoin was down in 9 out of the last 12 S&P 500 corrections (dropping 5% or more) with an average return of -11%.