Trump holds a positive view towards Sino-US trade negotiations and said that an agreement will be reached with China when the time is right. Investors’ concern about trade prospects have temporarily eased, boosting the US stocks market and the US dollar. Trump denied planning to use military force against Iran, but warned that if there is a conflict, the US would send more than 120,000 US troops. The British government plans to submit the Brexit bill to the House of Commons in the week of June 3. 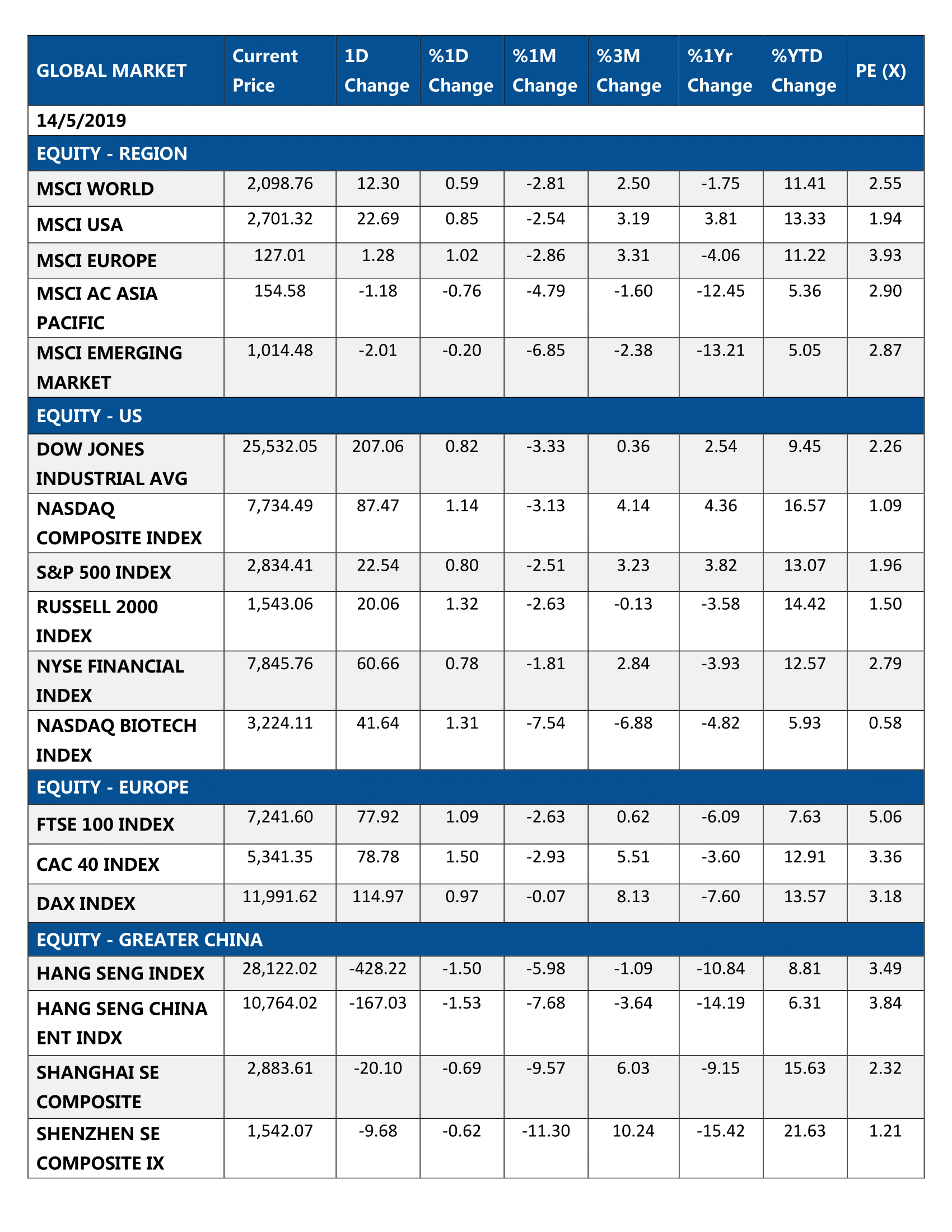