Monetary policy remains easy and for dips to be bought. As a result, flows into EM debt funds is at cumulative all-time highs. "Yield" theme is the most important investment focus over the past decade. 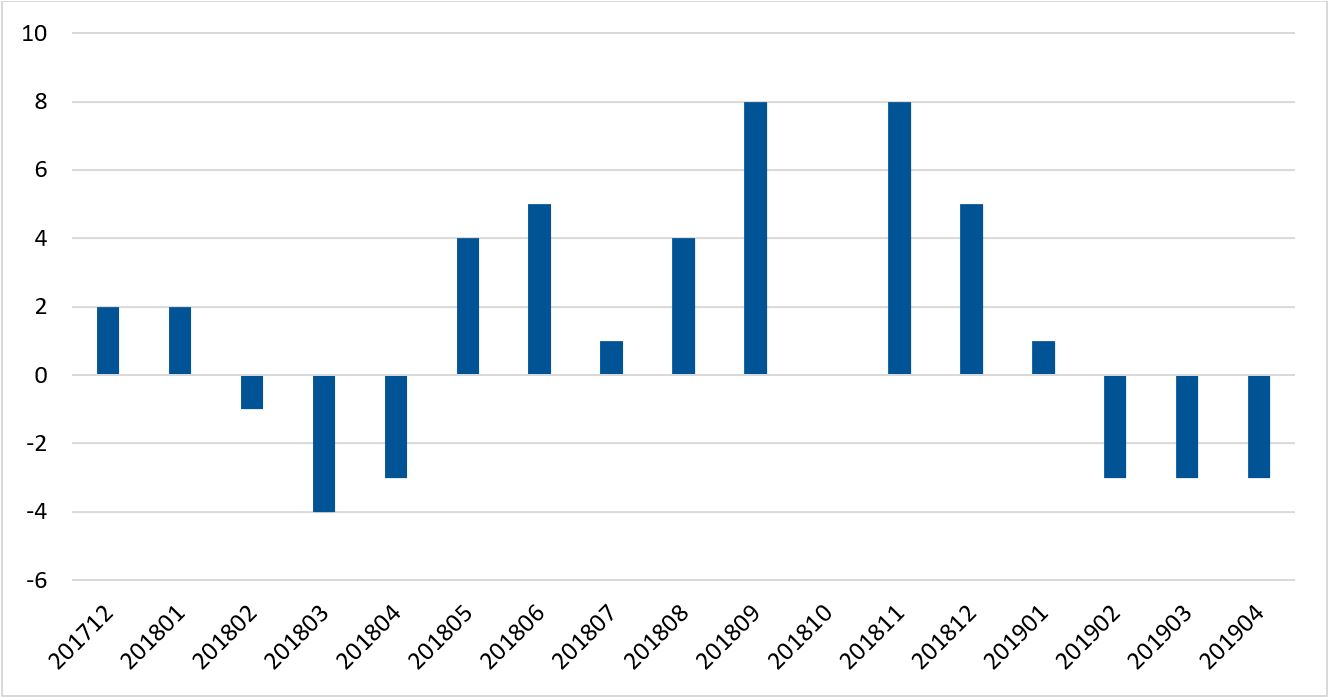 Aside from a technical adjustment on interest on excess reserves, the Fed hold interest rate steady last week, in line with expectation. The Fed officials believe recent weakness in consumer spending and business investment is transitory. So, the FOMC remain patient in next policy move.

ECB president Draghi signalled growing concerns about the persistence of euro-area weakness at last week press conference. In particular, he confirmed the ECB will consider if negative rates need mitigating. It hints that ECB may hold rates staying lower for longer than its forward guidance now.

The only way is cut

Third month of net rate cuts follows a tightening cycle that ended in early 2019. With help of dovish developed market central bank, there are room for emerging market central bank to cut. Because they do not need to battle the strong dollar, rising inflation and capital outflow.

India cut interest rate by 25 bps on April. The cut lift the economy before voting election which decide whether Modi gets a second term. Inflation in India remains subdued. And the farm incomes and GDP slide to 6.6% in 2018 Q4, the slowest in five quarters.

Three other Asian central banks also meet in this week, including Malaysia, Thailand and Philippines. The last says rate cuts are inevitable. But many expect the other two will deliver easing signals as well.

Based on the Bank of America Merrill Lynch report, Global bond funds had another week of Hugh inflow. Investor’s search for high yielding assets look them emerging market debt funds, which had their biggest inflows in 12 weeks, pulling in 2.4 billion US dollar.

Monetary policy remains easy and for dips to be bought. As a result, flows into EM debt funds is at cumulative all-time highs. “Yield” theme is the most important investment focus over the past decade.