A 2 ppts increase in credit growth together with a moderation in nominal GDP will bring China’s debt/GDP ratio to increase by 6ppts in 2019 after a decline in 2018. It will remain a challenging task for China to balance leverage and growth over the long-term. 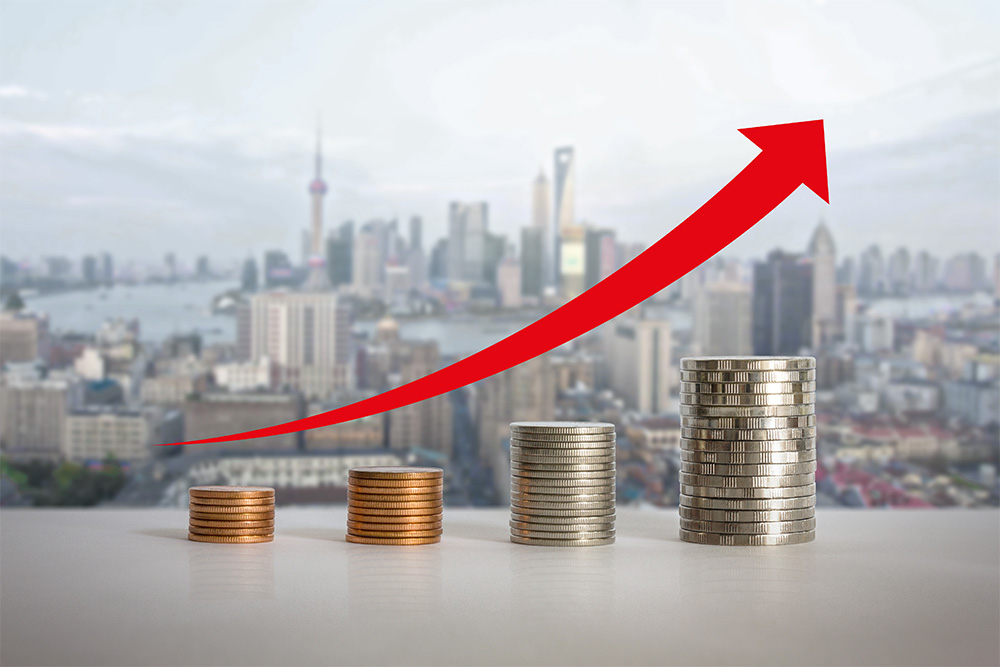 Following a rebound of March PMI back to above expansion level of 50.5, China released another set of strong data, further signaling that the country’s economy could be bottoming out soon. The newly released credit data, total social financing (TSF) – a board measure of credit and liquidity in the economy, jumped by 81% YoY to RMB2.86 trillion in March, considerably higher than Bloomberg consensus expectation of RMB1.85 trillion. Adjusted TSF stock growth (after adding local government bond issuance, but excluding special bond issuance) in March also accelerated to 11.6% YoY, from 11.0% in February. Combining Jan-Feb data, the YTD cumulative TSF was 40% higher than last year.

Looking into details, one of the major upside surprises was from the new bank loans (net), which picked up considerably to RMB1.69 trillion in March from RMB1.12 trillion, above consensus forecast of RMB1.2 trillion. Both household and corporate loans strengthened. Short and medium-term new household loan increased to a 5-year record high of a total of RMB891bn (+321bn YoY) on seasonal factors, a light recovery of property market as well as a pick-up of retail sales in China (such as auto sales). Likewise, new corporate loans in March almost doubled of that a year ago to RMB1.07 trillion. The medium and long-term corporate new lending surged by 44% to RMB 657bn, while net corporate bond issuance increased by RMB328bn. The increase in corporate new lending could be the result of the profit-boosting VAT cut. At the same time, corporate starts to rebuild their inventory in anticipation of recovery in domestic and overseas demand. 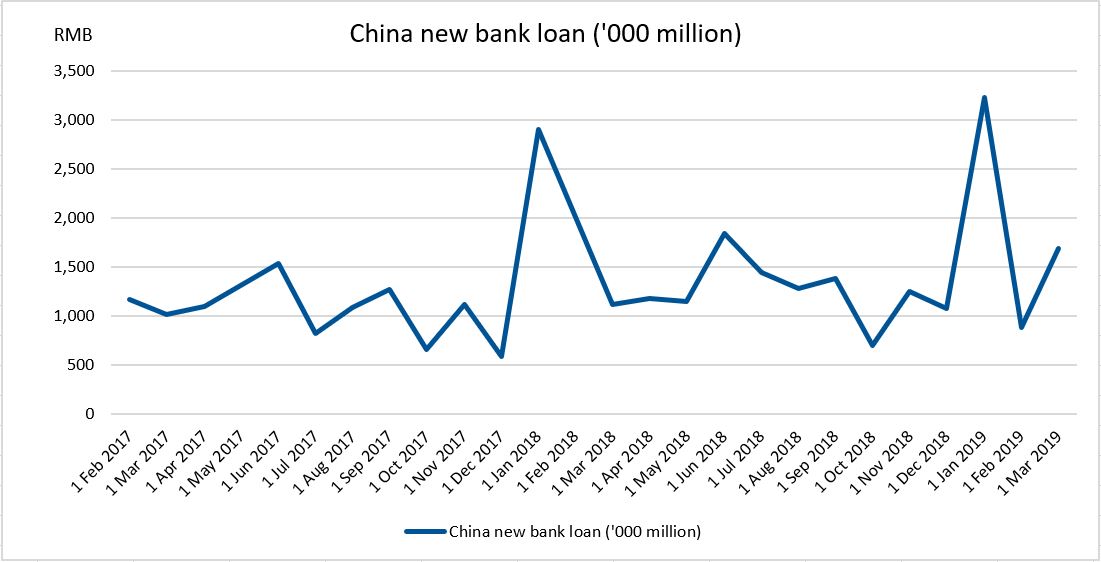 Another surprise was from shadow banking credit in China. In contrast to 2018 having negative shadow credit growth every month from March through December, the activity revived in January this year, but then dipped again in February. However, with March number back to positive again to RMB82bn (vs. -253bn in March 2018), China obviously has eased the reins on its local shadow backing creation in order to spark its credit impulse. The rise in shadow banking credit was also in-line with China’s M2, which further accelerated to 8.6% YoY in March from 8.0% in February, also above market expectation of 8.2%, implying that China is keen to flood the economy with new credit.

Overall, the March’s TSF and other positive data is suggesting that China‘s economic recovery is on right track. We expect stock market sentiment continues to improve amid solid macro data in 2Q 2019 and we also see upside risk of China’s GDP growth for the full year. However, the well expected RRR cut in April may now delay to 2H 2019 and there is potential slowdown in further loosening measures. The absolute amount of TSF monthly addition would be peaking off from March onward this year in order to avoid over-loosening risk and another round of debt-build up (since zero TSF growth for the remaining months of 2019 will enable China to meet its official TSF target of 12% this year). In fact, a 2 ppts increase in credit growth together with a moderation in nominal GDP will bring China’s debt/GDP ratio to increase by 6ppts in 2019 after a decline in 2018. It will remain a challenging task for China to balance leverage and growth over the long-term.