It is reported that China is considering to cancel punitive tariffs on agricultural products of the United States and may levy them on other non-agricultural commodities. The EU agreed to start trade negotiations with the United States on Monday, with a view to eliminating industrial tariffs. The first-quarter stock trading income of Goldman Sachs is less than the market expectations, and decline rate of Goldman Sachs’s total transaction revenue is larger than that of Citigroup and JPMorgan. A serious fire broke out in Notre Dame de Paris. 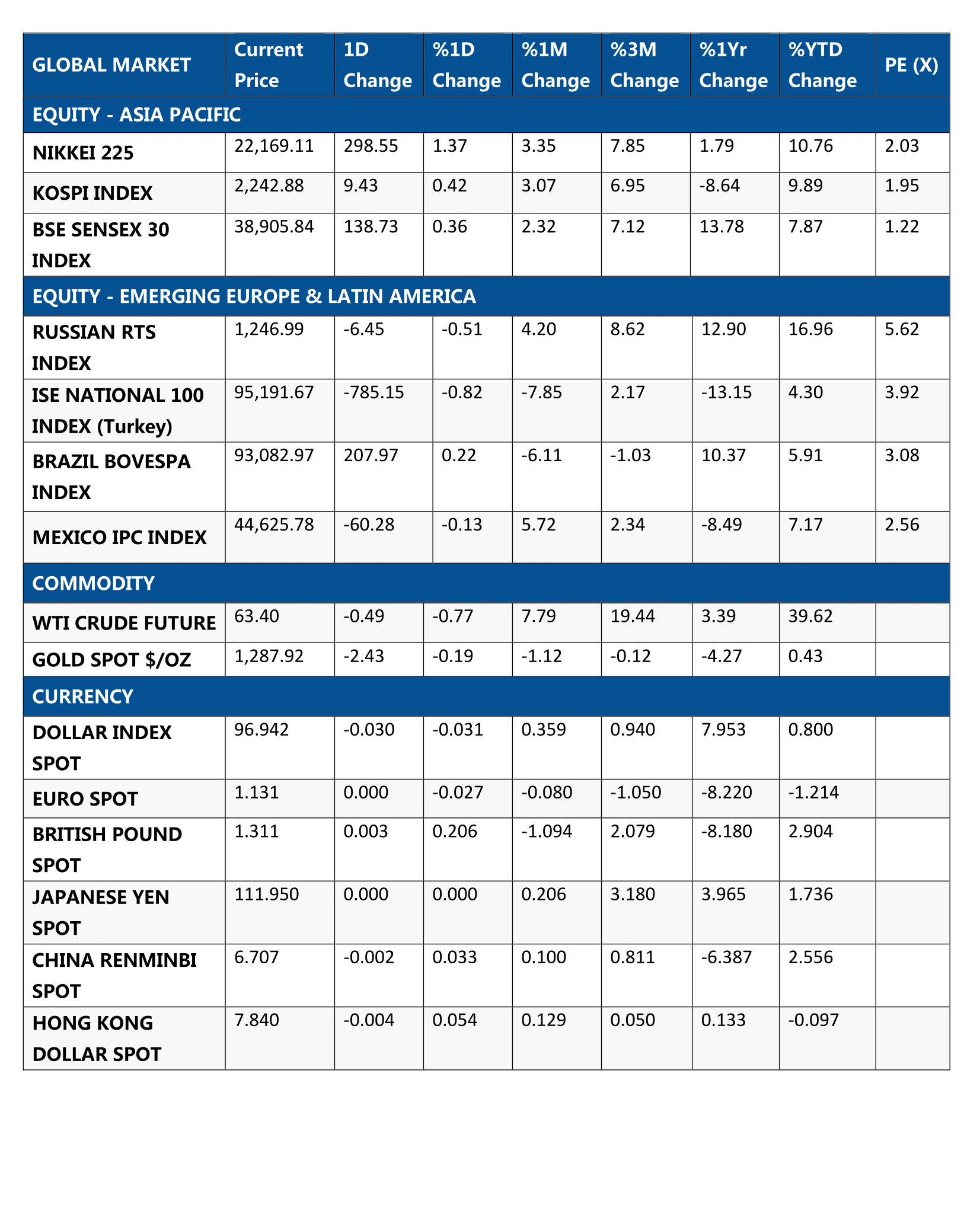