Among the recent positive news flow, the record-high monthly total social financing (TSF) addition of RMB4,640bn in January this year has received most market attention as the pick-up in credit could be a sign that credit growth in China is started to bottom out in response to the monetary easing. 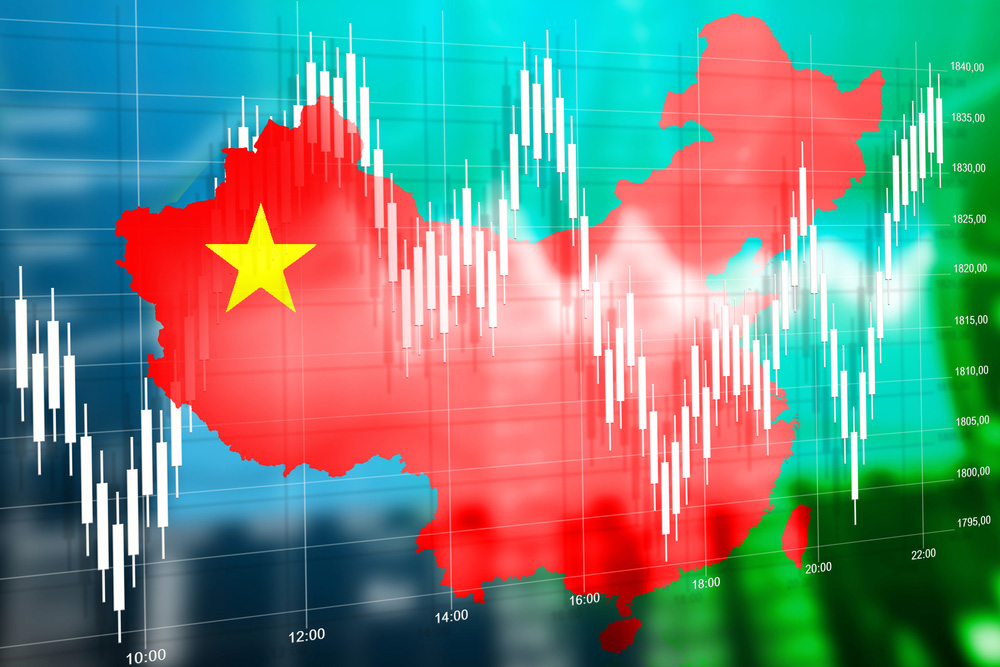 China A-shares have a strong rally post CNY holiday, with Shanghai Stock Exchange Composite Index and Shenzhen Stock Exchange Component Index jumped by 5.5% and 10.0% respectively in only 7 trading days. The market momentum accelerates on hopes for U.S.-China trade deal as well as a bumper credit growth for January that added to the signs of increased stimulus in China. Besides, China unveil the blueprint development plan for the Guangdong-Hong Kong-Macao Greater Bay Area has boosted the sentiment further, while foreign fund positioning in China continues to rise ahead of the MSCI decision on raising A-share inclusion factor from 5% to 20% by the end of this month.

Among the recent positive news flow, the record-high monthly total social financing (TSF) addition of RMB4,640bn in January this year has received most market attention as the pick-up in credit could be a sign that credit growth in China is started to bottom out in response to the monetary easing. Short-term working capital financing and Capex financing both increased strongly by 165% and 43% YoY, while shadow banking also showing stabilization after the whole year of retreat, as it only declined by RMB 35bn in Jan vs. RMB 191bn average monthly decline. The stronger than expected TSF data, if sustained in coming months, would be consistent with recent stock market rally as China economy is likely to stabilize in the second half of this year since it generally takes six to nine months before new loans translated into real business activity. Otherwise, the rally will be proved immature and a market correction may occur as a result. 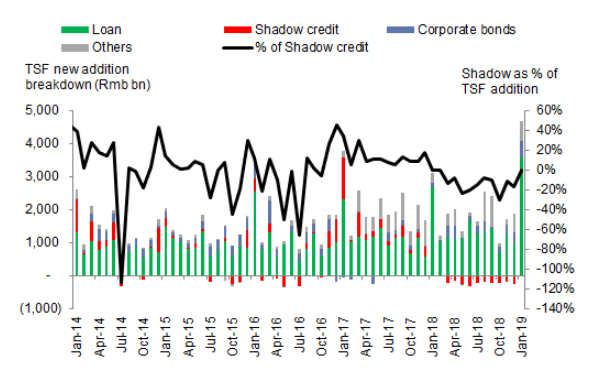 Mutual fund allocation and northbound flow data recently suggest that foreign investors have increased their allocations in A-shares before MSCI may raise the A-share inclusion factor to 20% from 5% currently. At 20% inclusion factor, the A-share weight in EM will increase to 3% from 0.7% currently, and this could translate to US$60bn of A-shares buying per Goldman Sachs forecast. YTD, the inflow of northbound connect has accelerated to US$14bn, meaning that there is still ample room for momentum to continue and may exceed US$70bn in total for 2019 vs. US$45bn inflows in 2018. On the other hand, currently active fund allocations to China remain low and underweighted by about 3-3.5%, while many AEJ and EM funds currently even have no allocation to A-shares. As a result, if the inclusion factor at the end increased to 20%, those underweighted position will become larger and have a more significant impact to the overall fund performance, which may then force more funds to get into the A-share market.