The impact of the outcome of trade negotiations on the market

For markets, the outcome of the trade talks will dominate the market in February.

This week, US trade negotiators visited China again and met with Liu He. As the 90-day negotiation period comes to an end, it is crucial to see if there will be any new progress in china-us trade relations. Different results will produce very different changes in the market.

China-US relations are not everything

Heading into the first month of 2019, China’s economic data weakened further. The forward-looking PMI has been below the boon-bear boundary for two consecutive months, indicating that China’s economic growth faces difficulties in the first half of this year. U.S. corporate results also reflect weak demand from China. Leading construction machinery and graphics chip makers both cut their 2019 outlooks due to weak Chinese demand. Both economies are already weighed down by trade tensions.

It is not just trade conflicts between China and the us that are weakening the economy. China’s deleveraging policies, Britain’s Brexit, and the U.S. government shutdown all affect the economic outlook. Even if China and the United States can reach an agreement, the negative impact of a trade war has already had an irreparable impact, especially in the supply chain and corporate investment sectors. However, the market still needs a Sino-us agreement to improve the investment climate.

In the most pessimistic scenario, risky assets would be sold off and money would flow into safe-haven assets. The yen will rise, long-term Treasury yields will fall and gold will rise. Instead, emerging market assets and the Australian dollar will fall, and global equity markets will record losses. The compromise scenario will continue the surge seen at the start of the year. Market indices with low valuations continue to benefit from positive investment sentiment. Investors need to keep an eye on Brexit risks at the end of march, with sterling and the euro set to be the next market catalysts. The most optimistic scenario would send markets back into hyperactivity mode and give global equities a chance to challenge last year’s highs again.

Politics first is a realistic choice

Back to the details of the negotiations, markets were overconfident about the outcome of a deal between the us and China. First, deals may be superficial and formal, and long-term investment will suffer the trauma of a trade war. Secondly, both Chinese and American leaders have a strong style, and their governing history lacks a record of giving up their core interests. It is unrealistic to expect China and America to give up future industrial leadership because of the short-term downturn. 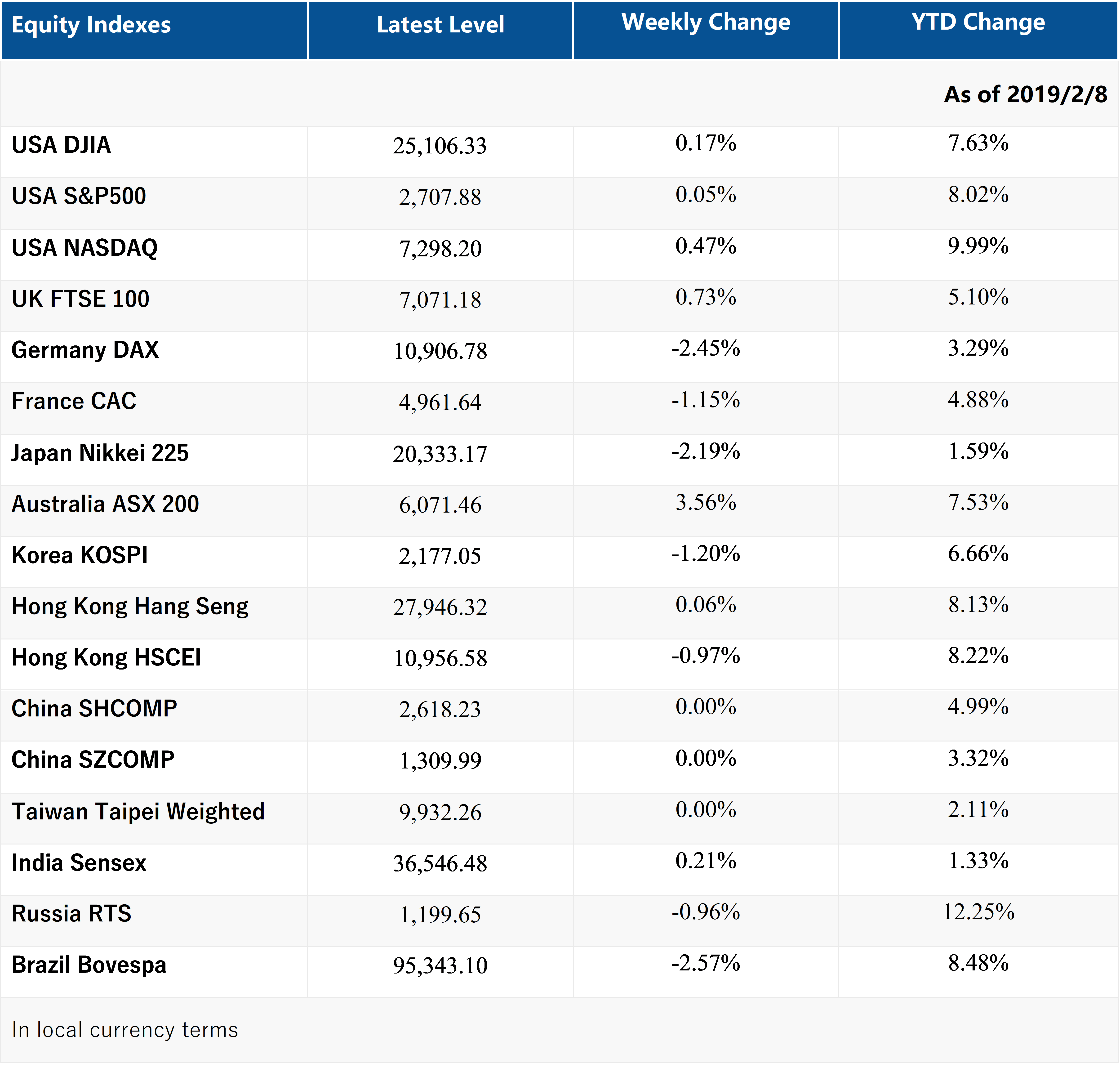