The desire to look forward to China’s “Four Trillion Plan” may once again fall through. China’s fourth quarter economic GDP grew at an annual rate of 6.4%, a slight decrease of 0.1% from the third quarter. The slowdown in economic growth is faster than the Chinese government’s expectations, but the economic growth rate for the full year of 2018 is still in line with the target. The current economic situation is not favorable for the Chinese government to reopen a large-scale stimulus policy. 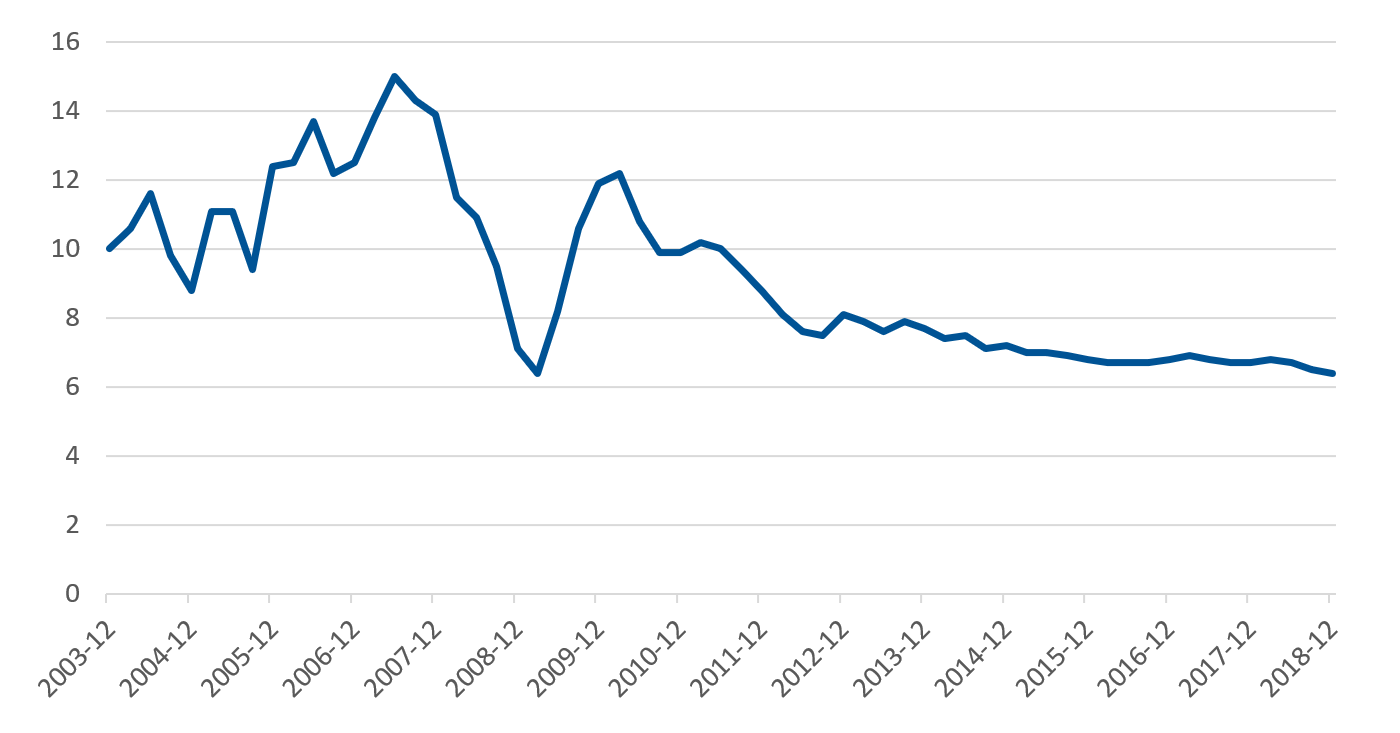 China’s economic growth hit a 28-year low in 2018, which really caused market worries. However, under the threat of trade wars and the slowdown in domestic demand, including automobiles and home appliances, the market has certain expectations for a slowdown in economic growth. Therefore, the overall response of the stock market is relatively calm. The market is concerned about how the Chinese government views the economic downturn.

From the current point of view, the stimulus of Chinese policies is more moderate. Many investors expect that the economic slowdown will cause the Chinese government to return to the old policy model, that is, credit drives investment growth. In April 2018, the Chinese government renewed its policy of stabilizing the economy. Since then, the Chinese government has increased tax cuts, including value added tax and personal income tax. At the same time, the government has also accelerated the approval process for infrastructure construction projects, especially the relaxation of local government bonds. Finally, the People’s Bank of China has repeatedly lowered the deposit reserve to reduce the amount of reserves required by banks.

However, the effect of the policy has not yet been reflected in the data. After de-leveraging and countering the negative impact of shadow banking, the scale of social financing in December rose by only 9.8% year-on-year, the lowest figure in the past 10 years. The growth rate of fixed asset investment in 2018 also fell to 5.9%, the lowest level since 1996.

The two goals of preventing financial risks and stabilizing growth are pulling the direction of Chinese government policy. In a deleveraging environment, the Chinese government needs local governments to borrow more capital from the capital market for infrastructure investment. According to Reuters, the Treasury has promised to add an additional tax cut of nearly $200 billion. However, this will also lead to a budget deficit rate of 2.8% this year.

On the other hand, China’s current round of stimulus policies is more refined than in the past. For example, in the policy of RRR cuts, the People’s Bank of China paid more attention to the loans to small and micro enterprises and private enterprises to prevent zombie enterprises from using the environment with abundant liquidity to return to life. A more elaborate policy means that the Chinese government needs more time to research and implement. Therefore, it will be difficult for the Chinese government’s stimulus policy to meet investors’ expectations.