What is late cycle and how long can it last more?

Throughout 2018, we have been spoiled with market commentaries that U.S. economy is in the late stage of cycle and a recession could be just around the corner. On average, economic cycles in the U.S. last around 34 months, but the current economic expansion is now 115 months-long, which is more than three times that length. In fact, the current cycle is the second longest since 1854 when record-keeping began, and it is now 5 months shy of the record only. The unusual length of the current cycle has aroused anxiety that it will come to an end. However, a sole focus on the length of the cycle is misplaced as economic cycles don’t simply die of old age.

Typically, an economic cycle can be separated into four phases, namely Expansion, Peak, Contraction and Trough (see figure 1). A late-cycle is defined by a slowdown in growth, rising inflation, tightening labour market and a contractionary monetary environment. On the corporate side, most companies in late cycle will see falling sales growth, rising inventories, margin squeeze on higher input and labour cost together with rising pressures on earnings. Looking into current economic indicators, the U.S. economy exhibits some late-cycle characteristic as U.S. GDP growth is moderating from Q3 2018, while labour market is tight and wage increase is accelerating. The interest rate cycle is almost finished as the Fed Fund rate is close to the “neutral rate” and only 25bps below the long-term rate as targeted. Besides, some corporates start to see falling sales growth and earnings are under pressure as rising interest rate weighs on borrowing expenses as well as end-demand.

On the other hand, there are some indicators that are not exactly match with the late cycle characteristics. First, inflation in U.S. remain benign (i.e. PCE core inflation should remain at around 2.1% in 2019F) and rising wages is unlikely to push up inflation rate considerably given other costs such as crude oil and commodities prices are much lower than previous cycle and it is unlikely to surge drastically this year. In addition, inventory is not a problem for most industries for the time being, while the ISM Manufacturing Index, a key leading barometer in identifying phases of the business cycle, remains robust and it is still early to say it will come off drastically. 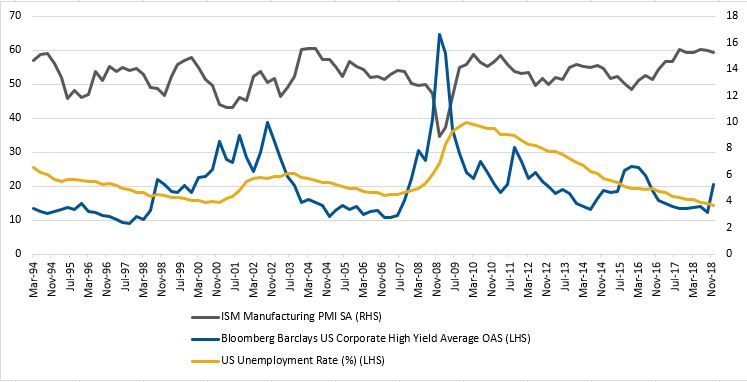 To sum up, despite all economic expansions ultimately come to an end, the current U.S. economy could have stayed in this late cycle much longer than most people expected or the recession could be much shallow than the previous one. We say this because unlike in the last few cycles, investors have been relatively thrifty, house prices do not look excessive and the corporate sector has not over-expanded. Besides, the potential slowdown of GDP growth in 2019 was actually come off from a high base in 2018, which was more of a result of the tax cut impact by the Trump administration. And if we compare the average U.S. GDP growth over the past 10 years (excluding 2018) at 2.2% to the forecasted GDP growth of 2.3% in 2019F and 2.0% in 2020F, the slowdown of growth is actually not severe at all. Last but not least, the previous inverted yield curve of the front-end (i.e., 2s-5s and 3s-5s) in early December have actually reverted to positives, meaning that recession is not as imminent as some investors worry.

Knowing where we are in the business cycle is important as markets are forward looking. Bond investors have already increased their position in Treasury Bonds as indicated by recent widening yield spread of High Yields. Equity investors have added their positions in defensive sectors such as healthcare and consumers staples. Interests for gold is rising too as gold prices increased over the last few months. However, as we mentioned that investors in the current cycle seems to act more forward-looking than ever, therefore for those that are waiting for boom-and-bust market may be disappointed. Investors should be more diversified and be nimble for opportunities thrown up by today’s more volatile market. 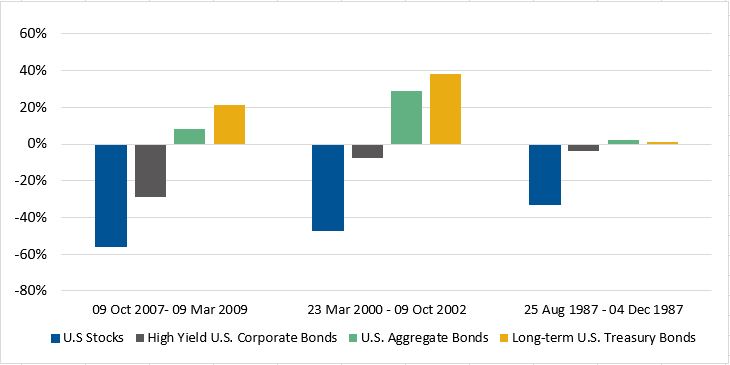 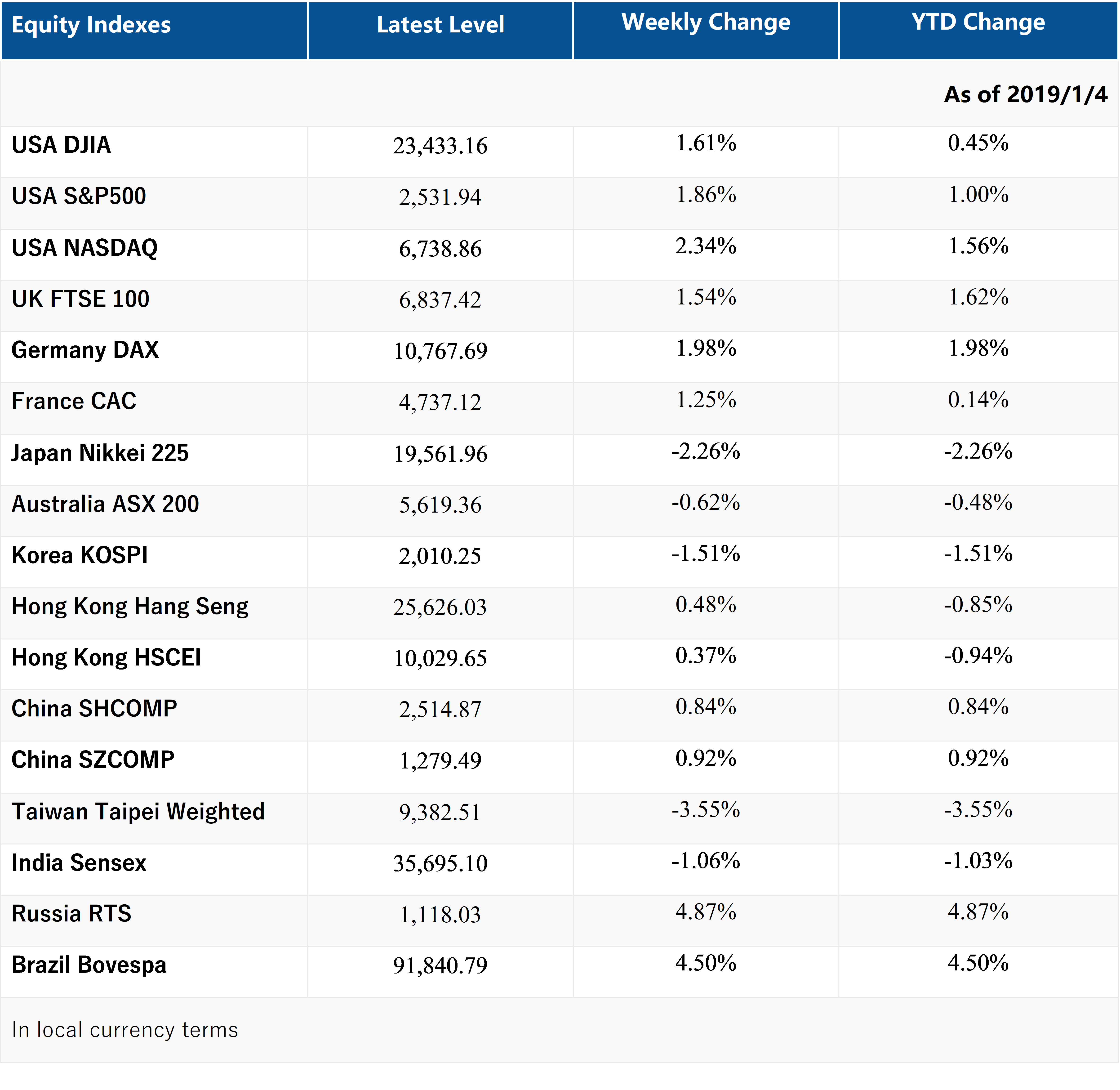 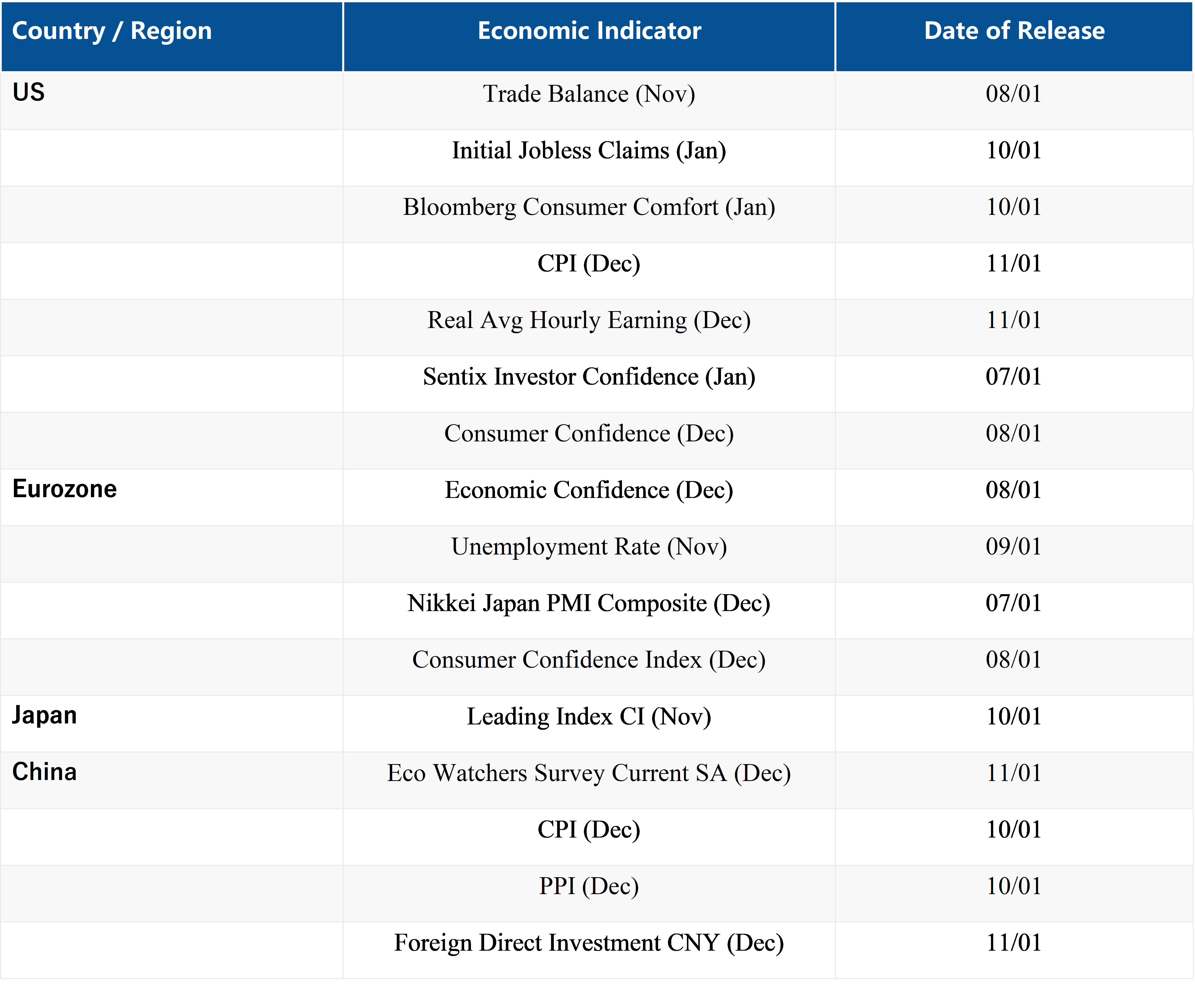